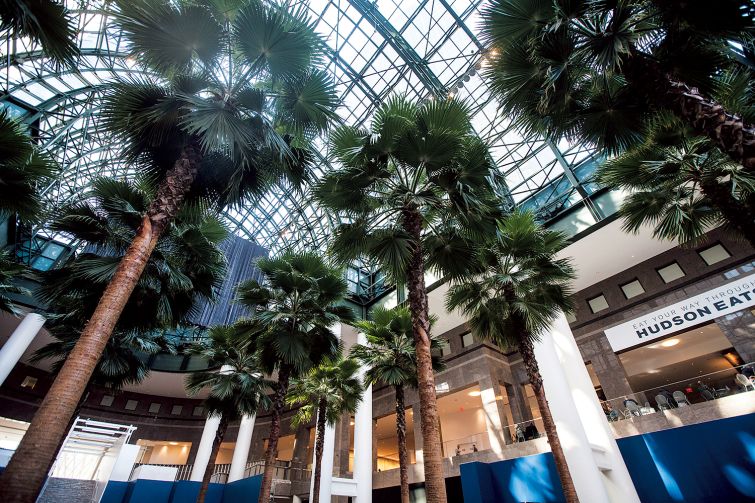 Coffee giant Starbucks Coffee has signed a lease to open a non-traditional store at Brookfield Place, Commercial Observer has learned, a la the West Chelsea and Williamsburg locations.

“We’re in the very early stages of what that design will look like,” said Starbucks spokeswoman Holly Hart Shafer, noting that the space at 250 Vesey Street will be “special and unique to this area.”

The new 3,500-square-foot Starbucks will be on the second floor of the Financial District complex, facing Goldman Sachs, sources said. Starbucks signed a 10-year lease on Monday, a source confirmed to CO, and is slated to open there this summer. The asking rent wasn’t immediately clear, but retail asking rents have been in the $400-range in the complex. (Ms. Shafer declined to disclose lease terms.)

While the Brookfield Place shop will not be a Starbucks Reserve Roastery and Tasting Room, it will have a Reserve bar inside, the source said. Ms. Shafer would only say that the store would “likely” serve the company’s Reserve coffees, which are “our line of small-lot, limited availability coffees from around the world.” And while the lease allows for alcoholic beverages to be served, Ms. Shafer said the store would not serve booze at this time.

Brookfield Place’s Starbucks will be unique in appearance as was the one which opened at the end of last year at 525 West 26th Street between 10th and 11th Avenues.

“There’s not one thing in there that tells you it’s Starbucks,” a source with knowledge of the deal told CO at the time. “It’s the only store of its kind,” although the Starbucks in Williamsburg also has a unique bent.

Michael Goldban, the senior vice president of retail leasing for the landlord, Brookfield Property Partners, and who brokered the deal on behalf of the landlord, declined to comment, as did SCG Retail’s David Firestein, Starbucks’ Manhattan broker.

Meanwhile, there are three Starbucks stores coming to Westfield World Trade Center, also in Lower Manhattan, but these are all more traditional shops, a source with knowledge of the deals said.

The Brookfield Place one won’t cannibalize the Westfield WTC ones, that source said, because when it comes to people’s coffee routines, Westfield WTC’s Starbucks locations “really are far away.”

As for having Starbucks shops in Brookfield Place and in Westfield WTC, Ms. Shafer said: “We’re always looking at great locations to meet our customers wherever they are throughout their day and what better place to do that than Brookfield Place.”

In April, the global coffee giant made news when it announced it will be opening its first-ever roasting plant in New York City, in a 20,000-square-foot space on the ground and lower levels at 61 Ninth Avenue in the Meatpacking District, as CO was first to report. The roastery, which will be across the street from Chelsea Market, will house the company’s largest store and will be similar to the existing one in Seattle.