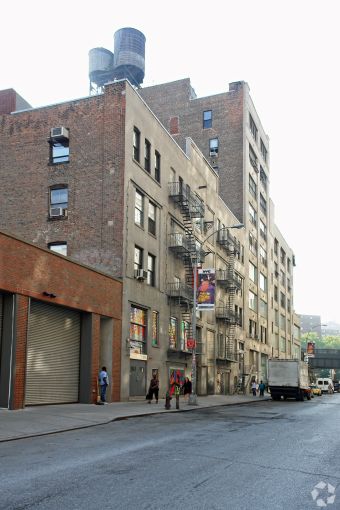 A week from today a new Starbucks Coffee will be opening at 525 West 26th Street between 10th and 11th Avenues with an entirely different look. As of today, construction is about 95 percent complete.

“There’s not one thing in there that tells you it’s Starbucks,” a source with knowledge of the deal said. “It’s the only store of its kind,” although the Starbucks in Williamsburg also has a unique bent.

The new West Chelsea store, which occupies 3,000 square feet below grade and is reached via a stairwell from the ground floor, was designed with brick and beamed and unfinished ceilings. Artists were brought in to help with the design. The decor includes comfy couches.

Starbucks signed a 10-year lease for the space with an asking rent of around $100, the source said. Landlord Walter Schik has his tie business in the building. Starbucks was represented by SCG Retail’s David Firestein, who declined to comment, and Mr. Schik didn’t have a broker.

“There’s a market there,” the source said. Between the Starrett-Lehigh Building, encompassing 1.8 million square feet at 601 West 26th Street, the High Line entrance at West 26th Street and the private school Avenues: The World School at 259 10th Avenue between West 25th and West 26th Streets, there are a lot of coffee drinkers to serve, the source noted.

RXR Realty‘s Starrett-Lehigh meanwhile is home to a building cafeteria, ’wichcraft and Martha Stewart Cafe, the latter which CO reported about last December.

The new Starbucks may pose competition to ‘witchcraft, said William Elder, an executive vice president of RXR Realty, although the shop sells other products. But it won’t be an issue for Martha Stewart Cafe, he said, because it “caters to a different audience.”

In the end, Mr. Elder said: “All these things can live great in the neighborhood together.” He noted that as more people come to the area and Hudson Yards opens up and apartments come online, you’re going to see more mainstream brands as well as more “unique user experience.”

The product line at the West Chelsea Starbucks should be somewhat different as the machinery doesn’t appear as automated as usual for Starbucks. While it is not a Starbucks Reserve Roastery and Tasting Room, it will serve the higher-end Starbucks Reserve coffees.

One woman who works in the Starret-Lehigh Building, and requested anonymity, is excited the new outpost is coming so she can grab a coffee on her way from the subway to the office. From peering in, she noted that the new store has more of a “coffee shop-y” feel, and that’s cool so long as Starbucks doesn’t move too far afield of the brand she knows and loves.

Artnet first reported that the West Chelsea store was opening.