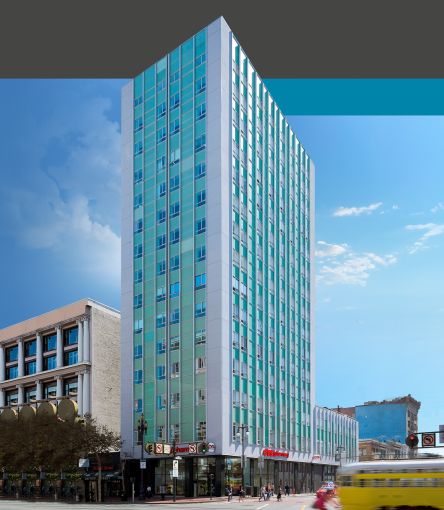 New York-based Bridgeton Holdings has secured an acquisition loan from LStar Capital for its $62 million purchase of a San Francisco office tower, Commercial Observer has learned.

Mission Capital arranged $45 million in non-recourse debt for the purchase of 995 Market Street in the mid-market section of Frisco. The debt brokerage declined to provide terms of the 10-year loan, as well as the identity of the lender.

The 15-story property is anchored by a WeWork and features a CVS/pharmacy in the ground-floor retail section of the 91,300-square-foot building.

“The building will be a long-term asset for us, as we continue to amass strategic properties in transitioning markets that have improving neighborhood dynamics and strong supply and demand fundamentals,” Atit Jariwala, the chief executive officer of Bridgeton Holdings, said in a Mission Capital press release.

Jordan Ray, Ari Hirt, Steven Buchwald and Alex Draganiuk of Mission Capital arranged the loan on behalf of Bridgeton Holdings, which also has offices in San Francisco and St. Louis.

The borrower was looking for a finance package that kept it free of defeasance or yield maintenance that would have resulted in a prepayment penalty, Mr. Hirt said in the release. A financing deal had to close within 50 days because the sale was done as a 1031 exchange, he added.

“Through a strong marketing effort, we were able to secure an extremely competitive offer from a lender that recognized the asset’s long-term value,” he said in a statement. “We ultimately closed the loan within the 50-day window, while fulfilling the terms that the borrower needed.”

Seattle-based Columbia Pacific Advisors and San Francisco-based Long Market Property Partners put the property, also known as the David Hewes Building, on the market in October 2015, according to The Registry, a Bay Area real estate publication. The expected $60 million sales price for the structure was a major boost from the $16 million the partnership paid for the property in 2013, the paper noted.

A representative from LStar Capital did not return a request for comment.