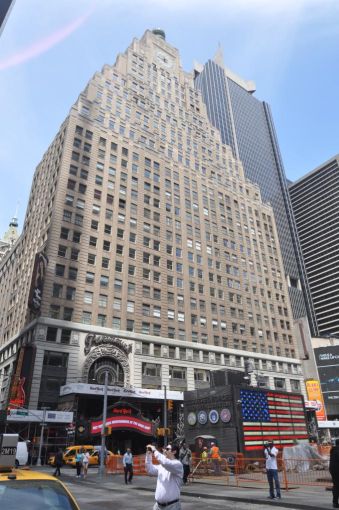 Boston-based Office Resources recently signed a 10,178-square-foot sublease at 1501 Broadway, also known as the Paramount Building, according to a CBRE news release.

The company, which provides office furniture, has already moved into part of the building’s eighth floor, which is leased by Tremor Video. The asking rent for the eighth-floor sublease was $60 per square foot, according to CoStar Group.

CBRE’s Michael Liss, who represented Office Resources in the deal, declined to comment via a spokeswoman.

It was not immediately clear where Office Resources will relocate from. The company website indicates it has a New York City location at 76 Ninth Avenue between West 15th and West 16th Streets, a building which Google purchased for $1.9 billion in 2014. (The building has an alternative address of 111 Eighth Avenue). A representative for Office Resources did not return calls seeking comment.

Office Resources acquired New York City rival Office Limited, which was in Google’s building, in December 2015, according to a company news release at the time, allowing the Massachusetts firm to expand in the city.

A CBRE team of Christopher Corrinet, Jared Isaacson and Sacha Zarba negotiated the deal on behalf of Tremor Video. The brokers declined to comment via a spokeswoman.

The sublandlord, an advertisement company that makes web videos, signed a 10-year, 51,000-square-foot lease at the Paramount Building two years ago, as Crain’s New York Business reported at the time.