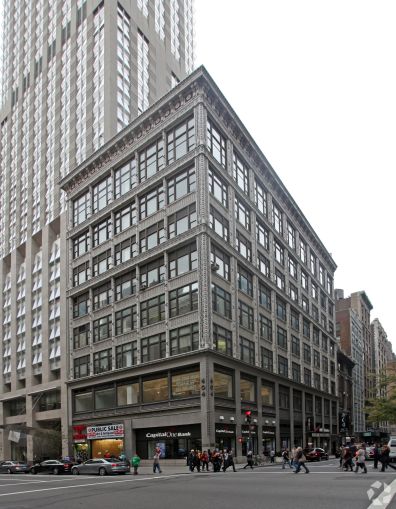 Shared office space giant WeWork has nabbed 61,875 square feet at 404 Fifth Avenue at the corner of West 37th Street, occupying the third through seventh floors, according to CoStar Group. The 10-year lease commenced on Jan. 1 and the asking rent was $55 per square foot.

Other new tenants in the building include Adidas, which last December took 34,000 square feet spanning the ground, second and lower levels in the building for its new North American flagship, and L’Oreal’s retail store and beauty store Redken 5th Avenue NYC.

The Chetrit Group has owned the building since 1998, according to property records and CoStar. The Class B nine-story office building was erected in 1914 and renovated in 2005, CoStar says. The Chetrit Group’s Joseph Chetrit didn’t immediately respond to requests for comment and nor did a spokeswoman for WeWork or NGKF.