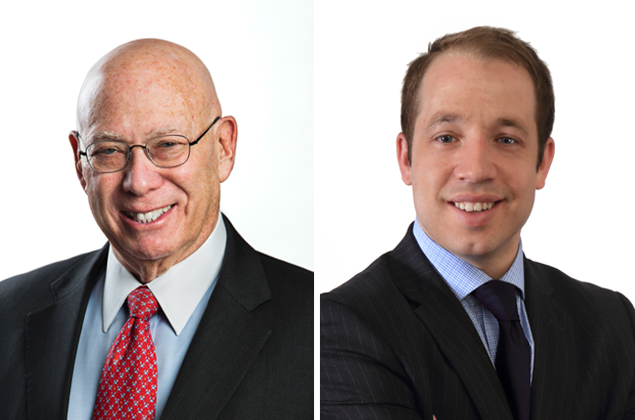 As Richard Bassuk passes off his presidential duties to Greystone Bassuk Group‘s Drew Fletcher, he will remain as chief executive officer and co-chairman at the firm as he begins his succession plans, Commercial Observer can first report.

Mr. Bassuk will mainly work on big-picture issues as the firm aims to expand into major cities across the country.

“I think this is a deliberate part of a longer-term succession plan for him,” Mr. Fletcher said, referring to Mr. Bassuk. “Richard has been a staple in the industry and one of the preeminent mortgage bankers for more than 30 years. At some point he’s going to want to retire and this gives him the ability to step outside the day-to-day and focus more on strategically advising us as we grow and origination business through his incredibly deep network of relationships.”

Greystone Bassuk, a joint venture formed between Greystone and The Bassuk Organization in 2012, has been growing its business over the last three years, Mr. Fletcher told CO, noting that one of his main focuses in his role as president is to build the firm’s brand in some of the “top ten MSAs [metropolitan statistical areas].”

“My objective is really to try to make Greystone Bassuk the premier boutique capital advisory firm working with the most prominent owners and developers,” he said. “We’ve carved out a niche in the marketplace in working with the more complex, highly structured development transactions.”

The two actually met nearly a decade ago, when Mr. Fletcher was working at Jerry Gottesman’s Edison Properties and Mr. Bassuk helped arrange the financing for The Ludlow, a 23-story 80/20 residential property at 188 Ludlow Street on the Lower East Side, and 88 Leonard, a 21-story multifamily rental building at 88 Leonard Street in Tribeca, Mr. Fletcher told CO.

“Drew’s tenacity and leadership have been integral to the growth of our firm, and I have tremendous confidence that he will continue to expand our capabilities and build our brand as one of the premier real estate advisory firms to the industry’s most prominent owners and developers,” Mr. Bassuk said in prepared remarks.

“We have a very diverse team,” Mr. Fletcher said. “We’re focused on continuing to grow the platform in [many] different directions.”