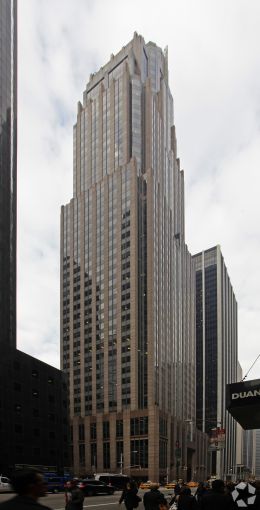 Signature Bank was so comfortable with its sublease at 1177 Avenue of the Americas, the financial firm has signed a 17-year direct lease with landlord Silverstein Properties to keep its 62,000-square-foot digs as the sublandlord moves out.

Commercial Observer has learned that the bank will continue to occupy the entire 10th and 11th floors, and a portion of the fourth floor of the 47-story office building between West 45th and West 46th Streets. The firm has been in the space for three years through a sublease with Israeli lender Bank Hapoalim, according to Michael Cohen of Colliers International via a spokesman. Bank Hapoalim signed a deal to move to 1120 Avenue of the Americas, as CO reported in November 2015.

Mr. Cohen represented Signature Bank in the direct lease with colleagues Andrew Roos and Howard Kaplowitz. Rents at 1177 Avenue of the Americas range from the mid-$70s to the mid-$80s per square foot, according to a spokeswoman for the landlord.

“Signature Bank was a subtenant that we developed a great relationship with over the past three years,” Joseph Artusa, who represented Silverstein in-house with colleagues Roger Silverstein and Camille McGratty, said in a prepared statement. “We are thrilled they decided to make this building their permanent home for the next 17 years and look forward to a long relationship with them.”

The more than 1-million-square-foot office tower at 1177 Avenue of the Americas is now 97 percent occupied. VakifBank and Investor Growth Capital are other financial firms that have recently signed leases in the building, as CO reported.