VakifBank Relocates to 1177 Avenue of the Americas 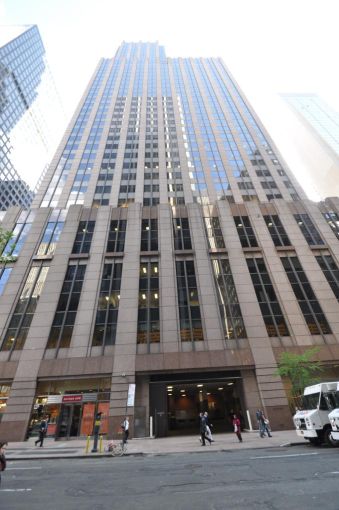 The property at 1177 Avenue of the Americas. dschlangerobserver

VakifBank will more than double its office space with a relocation to 1177 Avenue of the Americas between West 45th and 46th Streets in Midtown.

The Turkish bank has inked a 15,375-square-foot lease on the 36th floor of the 47-story office tower for its New York City offices. The lease was for 15 years, according to Jordan Weiss of Cushman & Wakefield, who represented the bank. He declined to provide the asking rent.

VakifBank, which first opened a New York branch in 1991 to serve Turkish communities in the U.S., currently occupies a 6,400-square-foot space at 680 Fifth Avenue between West 53rd and West 54th Streets, according to The Wall Street Journal, which first reported news of the deal.

Mr. Weiss and colleague Jonathan Schindler brokered the deal on behalf of the tenant, while Joseph Artusa, Roger Silverstein and Camille McGratty represented landlord Silverstein Properties in-house. A Silverstein spokesman did not immediately return a call for comment.

The new space allows for a “more open, collaborative working environment and has close proximity to major mass transportation,” said Mr. Weiss, adding that the tenant will move in mid-December.