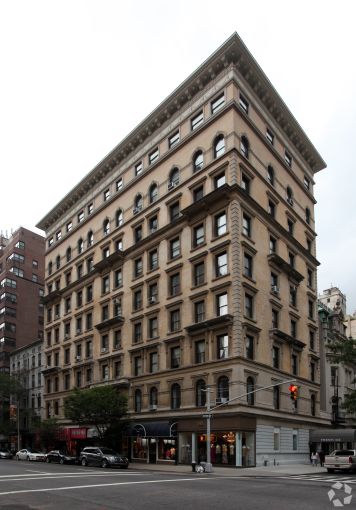 Paris-based Yves Delorme, a luxury home linens company founded in 1845, is leaving the base of residential co-op The Carlyle House, for a building a little further north along Madison Avenue, Commercial Observer has learned.

The towel and bedding company is moving to 800 square feet on the ground floor and 220 square feet in the basement at 1070 Madison Avenue at East 81st Street, according to Robin Abrams of Lansco, who brokered the deal on behalf of the tenant along with colleagues Rebecca Olshan and Lisa Rosenthal.

“As the tenants customer base is mostly focused on the Upper East side, as well as encompassing tourists frequenting the various hotels and museums in the vicinity, this corner was a great fit for the brand,” Ms. Abrams said via email.

The deal is for 10 years and had an asking rent of $440,000 a year, or $550 per square foot, Ms. Abrams said. Yves Delorme is taking space occupied by clothing boutique Haute Hippie, which opened there in March 2012. Yves Delorme took possession of the space on Feb. 1 and is slated to open in April.

Yves Delorme’s “lease about to expire and the retail was being marketed in its entirety as a master lease, [which has been] purchased now,” Ms. Abrams said of the space at The Carlyle House at 985 Madison Avenue at East 76th Street. “The rent will be increased if the stores are to be leased now individually.”

Also at the Carlyle, a 1,068-square-foot ground-floor retail space hit the market with RKF, CO reported in December 2015. It is available for a long-term lease starting this May.

Rod Feldman and Paul Xuereb of Tri-Star Equities represented the landlord, Fernback, LLC, in the deal. Mr. Feldman, the company’s president, didn’t immediately respond to a request for comment.