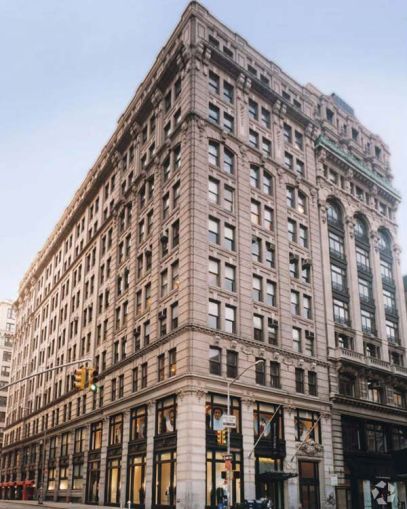 Coworking behemoth  WeWork is still serious about its massive expansion throughout Manhattan.

The company, with a $10 billion valuation, signed a deal for 75,000 square feet at 524 Broadway in Soho, according to CoStar Group. WeWork is taking the seventh through 11th floors of the 11-story building between Broome and Spring Streets.

Asking rent at the 180,000-square-foot structure is $70 per square foot, according to The Real Deal, which first reported news of the lease.

WeWork will take space currently occupied by Scholastic. The literary and educational publisher currently leases almost 90,000 square feet at the building, according to CoStar, but will reduce that foothold to 14,723 square feet.

This marks the fourth location for WeWork between Houston and Canal Streets. The others are:  154 Grand Street between Center and Lafayette Streets; 379 West Broadway between Broome and Spring Streets; and 175 Varick Street between Charlton and King Streets.

The Soho deal is the latest in a string of transactions in which WeWork has gobbled up massive chunks of space in office buildings.