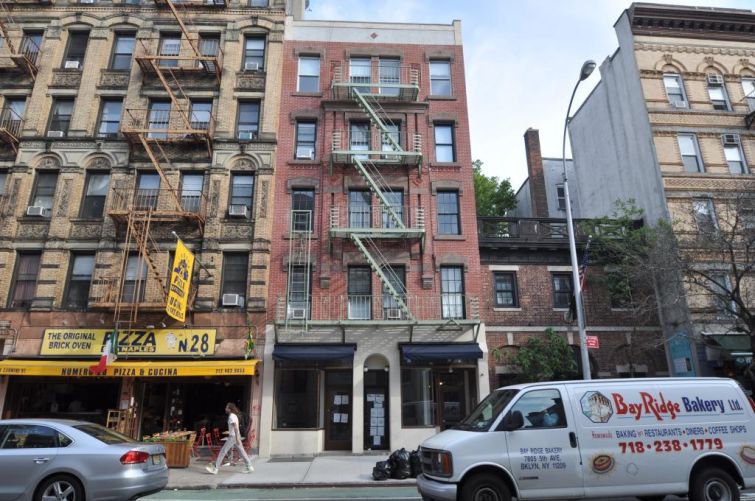 The West Side building at 30 Carmine Street. Liam La Guerre

Move over Starbucks Coffee! Australian-style coffee brand Bluestone Lane, which has been growing rapidly since launching in 2013, will be coming to 30 Carmine Street with its eighth outlet in the Big Apple.

Commercial Observer has learned that the coffee shop inked a 10-year, 500-square-foot deal for the ground floor of the five-story, residential building between Bleecker and Bedford Streets. The asking rent was $300 per square foot, according to CoStar.

“This is such a great location that we were inundated with calls and proposals as soon as we put the space on the market,” Eastern Consolidated’s James Famularo, who represented landlord Corigin Real Estate Group in the transaction, said in a prepared statement. “We reviewed dozens of coffee concepts but ultimately selected Bluestone Lane because it’s a unique, expanding, cool brand and was the perfect tenant for the perfect space.”

Bluestone has exploded onto the coffee scene in Manhattan during a time where more landlords are bypassing big offers from Starbucks Coffee in favor of boutique and artisanal shops, as CO previously reported.

Jonathan Krieger of RKF, who negotiated the deal on behalf of Bluestone Lane, did not immediately return a request for comment.

Bluestone Lane has six existing locations in the city: 2 East 90th Street on the Upper East Side, 1114 Avenue of the Americas near Bryant Park, 770 Broadway in Noho, 30 Broad Street in the Financial District, 55 Greenwich Avenue in West Village and 805 Third Ave in Midtown East. In addition, there is a Bluestone Lane in Philadelphia.

Also, Bluestone Lane will open its largest New York City location (2,500 square feet) at Kushner Companies, RFR Realty and LIVWRK’s Dumbo Heights tech campus at 55 Prospect Street in Brooklyn, which will be anchored by WeWork and Etsy, as The New York Post reported. (Jared Kushner, the chief executive officer of Kushner Companies, is the publisher of CO).