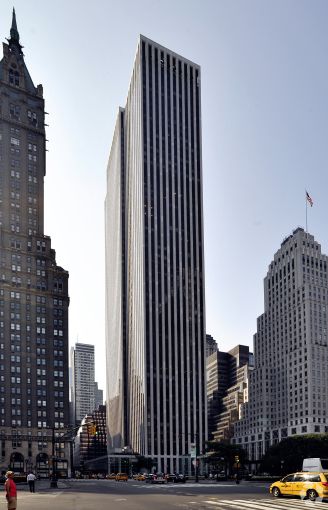 Cosmetics giant Estée Lauder Companies is considering moving out of its corporate headquarters at Boston Properties’ General Motors Building, Commercial Observer has learned. Estée Lauder has brought CBRE on board to help with the assessment, a source with knowledge of the situation said.

Last year, tony law firm Weil Gotshal & Manges renewed and expanded its lease in the structure with 400,000 square feet, as was previously reported.  The building is also home to Icahn Enterprises, Perella Weinberg and Perry Capital. TRB Advisors, a global direct investment business, signed an early renewal this August for its 20,483 square feet, as CO reported. The asking rent was about $120 per square foot, a source told CO at the time.

At the end of 2013, Sungate Trust bought a 40 percent stake in the GM Building for $1.4 billion. The purchase valued the building at $3.4 billion, ranking it among the most valuable buildings in the entire country and giving it the single highest valuation since Boston Properties and a group of Middle Eastern investors paid Harry Macklowe $2.8 billion for it in 2008.

Representatives for Estée Lauder and CBRE declined to comment.