Thanks to Shelly Silver, Political Donations From Developers Have Fallen Off a Cliff 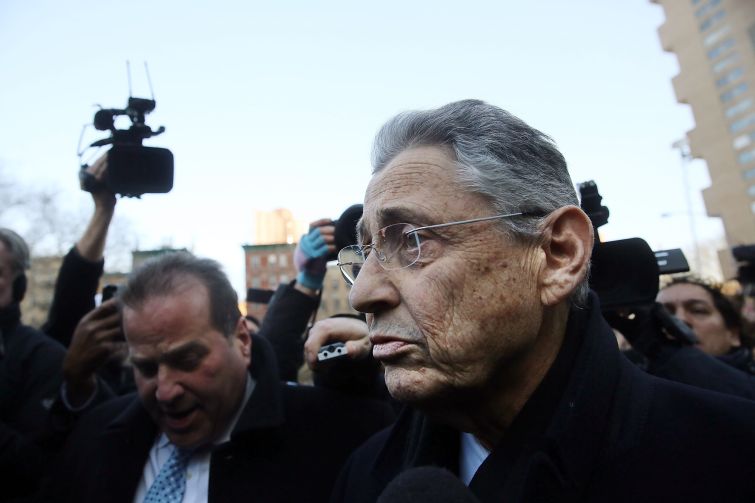 There’s a drought ravaging New York, and the prime victim is Albany.

Developer Related Companies, for example, donated just $4,000 in the first 11 months this year—75 percent went to the Bronx Democratic County Committee, and the remaining quarter was given to Assembly member Michael Blake. This is a tremendous drop from 2013, when Related donated $266,026, and 2014, during which the organization donated $72,550.

“I think some of the current legal problems are giving [donors] reasons to say ‘no,’” Kenneth Sherrill, a longtime politics professor at Hunter College, told CO. “It’s not as though these are people who wanted to give these contributions out of the goodness of their hearts. They have resented [having] to give these contributions, and now they have got a good reason not to.”

Mr. Silver was arrested in January and his corruption trial began on Nov. 3. The prosecution accused him of receiving kickbacks disguised as referral fees from law firm Goldberg & Iryami—whose clients are mega-landlords Glenwood Management and The Witkoff Group. Mr. Silver allegedly asked Glenwood and Witkoff to steer business to Goldberg & Iryami in exchange for the payments.

On Nov. 12, the prosecution revealed a letter signed by Mr. Silver that promised he would get a portion of fees generated from business between Glenwood and Goldberg & Iryami, according to The New York Times. Mr. Silver received $700,000 from the law firm for referring it to Glenwood and Witkoff, prosecutors said.

As a result of all this, political fundraising has suffered. “Speculation suggests it’s due to the inquiries. But it’s a reasonable speculation,” Democratic strategist Hank Sheinkopf said. “No one likes to be exposed about anything. When it becomes difficult, most companies cut their exposure.”

Some experts believe, however, that Mr. Silver’s case (and the separate corruption case of former State Senate Majority Leader Dean Skelos, who is also currently on trial) isn’t impacting donations this year from real estate companies; it’s just been an off-election year. They expect that real estate firms will continue to donate like they have in the past.

But while the off-year question is undoubtedly a factor, based on figures from 2011 (the most recent off-year in the state election cycle), 2015’s numbers show a marked decrease in donations.

Glenwood has significantly shrunk its donations. The landlord has given about $61,000 in political contributions in 2015, but donated $447,184 in 2011 (and this is a much steeper drop-off from what they were giving during prime election season, when they donated $1.9 and $1.1 million in 2014 and 2013, respectively, as the CO analysis indicated).

“With that in mind, you would have to say the dominating influence has been the investigation of state legislators that has curtailed the giving of money,” said George Arzt, a former press secretary for Mayor Edward Koch. “People worry of stories emanating from Glenwood and others are now looking at that and saying ‘I think that I’m gong to reduce the amount I’m giving.’”

And although donations usually recover following off-years, some experts are saying that this time might be different.

“2015 is an off-year for campaign contributions, so I wouldn’t [read] too much into the fact that contributions are down, but there may be effects that we don’t know about,” said Dick Dadey, the executive director of Citizens Union.

Susan Lerner, the executive director of Common Cause, added: “I think the real estate industry may very well be feeling the scrutiny, and decid[ing] to wait and see if Shelly Silver is convicted of corruption.”

All the real estate companies mentioned in this article either declined to comment or did not respond to requests for comment.