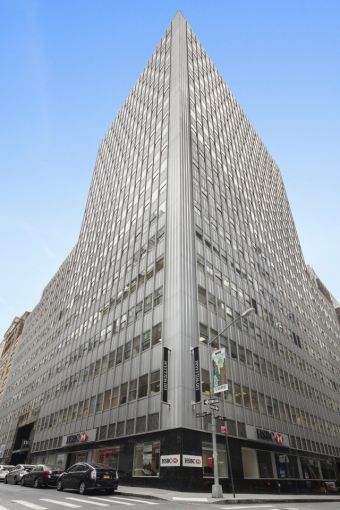 The building at 110 William Street.

Two organizations have each signed roughly 11,000-square-foot leases at 110 William Street, between John and Fulton Streets, Commercial Observer has learned.

The asking rent in the building was not immediately available.

“The Downtown leasing market has diversified tremendously and we have seen that trend play out at 110 William,” Shep Wainwright, a senior vice president at KBS, said in prepared remarks. “The building’s features and prime location in the heart of Lower Manhattan have attracted tenants from a wide array of industries, and the recent leases we’ve signed are evidence of that diversification.”

A  Newmark Grubb Knight Frank team of Hal Stein, Todd Stracci and Travis Wilson represented Savanna and KBS in the transactions. Jarod Stern and Edmund Solarsh of Savills Studley brokered the deal on behalf of GLSEN. Messrs. Stern and Edmund did not immediately return a request for comment via a spokeswoman. Perseus was represented by Jamie Jacobs of Newmark. Ms. Jacobs was not immediately available.

Savanna and KBS acquired the building for $261.1 million last year, as CO reported at the time. The joint venture has completed a renovation of the building and has since signed more than 68,000 square feet worth of leases with a variety of companies. The revitalization included a new lobby and entrance, refreshed roof and facade, upgraded bathrooms and corridors, and new pre-built office spaces. The costs of the renovation project was not clear.

Other new deals in the building include a lease with Ebiquity, a marketing analytics company, for 7,564 square feet on part of the 24th floor. On the same floor, investment firm Akelius Real Estate Management signed a lease for 4,091 square feet. Also, Insurance Information Institute, a nonprofit research organization, signed a renewal and will relocate to a 7,836-square-foot space on the 18th floor of the building. And in May, Smarsh, a Portland, Ore.-based tech company, signed a seven-year lease for 4,475 square feet of space on the same floor, as CO previously reported.

US Industrial Construction Expected to Hit Five-Year High in 2021

US Industrial Construction Expected to Hit Five-Year High in 2021