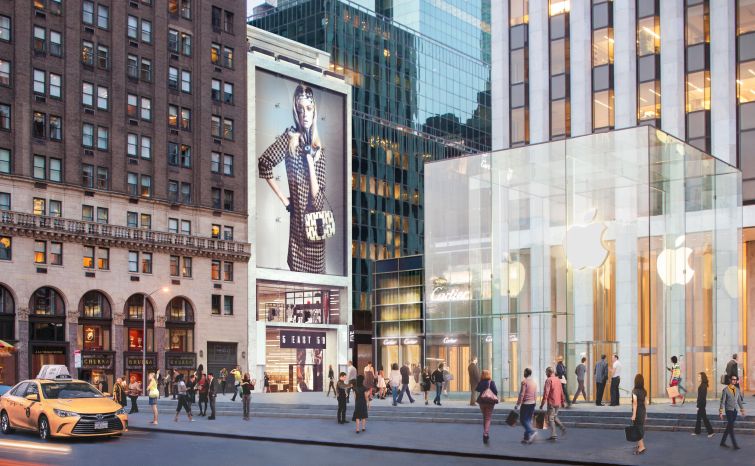 The former Playboy Club, a Class B Plaza District building on East 59th Street off of Fifth Avenue, is being repositioned for one tenant to house retail and a showroom with offices above, Commercial Observer has learned.

GreenOak Real Estate and Capstone Equities are putting the nine-story, 40,000-square-foot 5 East 59th Street on the market as they work along with architect Gensler to convert it to an eight-story structure with 22-foot ceilings on the ground floor, Winick Realty Group’s Darrell Rubens told CO.

Mr. Rubens declined to cite an asking rent, but a source said the building should lease for more than $10 million per year.

“This is an opportunity [for a tenant] to really design and create their own building here,” Mr. Rubens said.

Mr. Falk said this is a site for “an iconic brand who wants to be there and wants to be seen with all of these other upscale brands.” He noted that there will be a “lot of eyeballs” on the location and it allows a tenant to house its entire operation “under one roof.”

The owners bought the 1960 nine-story office building, which was renovated in 1984, for $85 million this June. At the time of the purchase, only a few small office tenants remained along with Italian restaurant Bottega del Vino, Mr. Rubens said.

As CO previously reported, after more than a decade in the building, Bottega del Vino will be shuttering on Dec. 31 after the building proprietors made a deal to buy out the remaining term of the lease. The eatery occupies 7,200 square feet on the ground level, lower level and basement.

East 59th Street has seen a bit of an exodus lately. Next door to Bottega del Vino was a Crate & Barrel, with an address of 650 Madison Avenue. It closed at the beginning of August, as CO previously reported. And Williams-Sonoma and Pottery Barn left a 35,000-square-foot three-story retail condominium at 127 East 59th Street between Lexington and Park Avenues after 15 years. Meanwhile, signage at the Crate & Barrel space indicates that Italian luxury goods house Bottega Veneta will be opening there this holiday season.