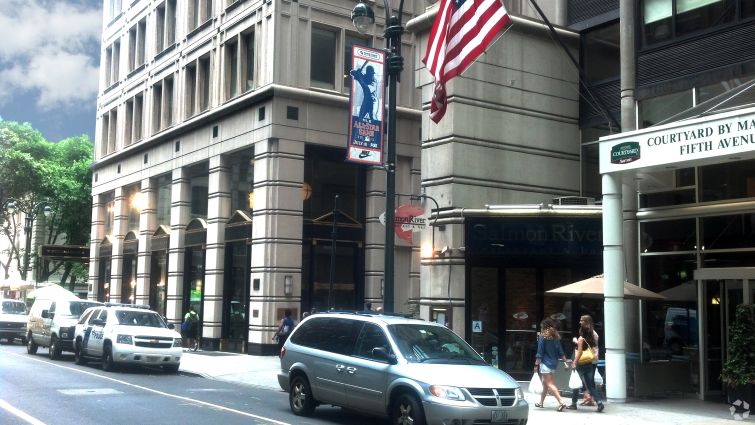 Starbucks recently signed a lease for 2,660 square feet on the ground floor and 650 square feet in the basement at the 185-room hotel at 5 East 40th Street, between Madison and Fifth Avenues and across the street from the New York Public Library, a source with knowledge of the deal said. The space was previously home to Salmon River Restaurant & Bar which moved out in October 2013 after roughly three years, according to CoStar.

Terms of the deal weren’t immediately available, but the asking rent was $200,000 per year. Starbucks is slated to open in the late fourth quarter, another source said.

Meanwhile, Starbucks announced today that it has expanded its mobile order-and-pay service nationwide. The service is available at more than 7,400 shops allowing customers to order and pay via the Starbucks app before retrieving their coffee.