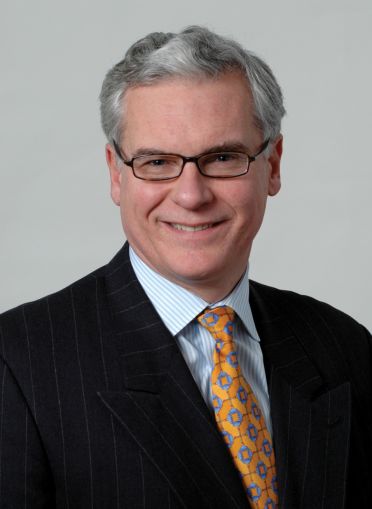 Richard Jones, chair of the finance and real estate groups at Dechert, has been with the global law firm since 1996 and focuses his practice on capital markets and mortgage financing. Mr. Jones represents investment banks, money center banks, major life insurance companies, funds and shadow banks.

Commercial Observer: Roughly what percentage of commercial real estate players would you say are already complying with risk retention rules?

Mr. Jones: Some of the more forward thinking are starting to think about it now and how to address it. I generally thought that early next spring would be when everyone’s hair is on fire because then we will be within a year of having to meet risk retention requirements. That will make a big difference.

How are CMBS players preparing for risk retention?

I think some of the B-piece buyers will start raising money and this may encourage more people to become B-piece buyers. Some folks who could do it and actually have the capital base to deploy might say we have a competitive advantage now because the smaller players who have to raise capital might not or might not raise enough. Maybe some of the big players will decide to enter the B-piece business because the barriers to entry will go up.

Let’s say our average public CMBS deal is $1 billion. In risk retention you have to buy 5 percent of the deal, so that’s $50 million. In the old days, the B-piece buyer would spend $20 million and would buy BB tranches and below. What’s been common is selling the BB’s, so you would be left with the B’s and the unrated tranches, which is a very tiny piece. If next year we do $100 billion in deals that means there has to be $5 billion in capacity out there to buy B-pieces.

How will the rule affect deal pricing and fees associated with securitization?

We’ve heard, over the past couple of years, estimates between 35 and 50 basis points of additional cost on the underlying loans to return the yields to pre-risk retention levels. That’s a fairly big threat people have to deal with.

Which CMBS folks are most dreading the rule, or rather, who will get hurt the most?

It’s going to be hard for the B-piece buyer. The crystal ball is a tad clouded, but some B-piece buyers are just not going to have the capital available to hold a bigger piece. Let’s say in your average public CMBS transaction, 5 percent requires you to buy up through the A to A- rated securities. Now, the yield on those securities in the ordinary course is not very high because they are highly rated and there is a fair amount of subordination. The B-piece buyer’s model is putting money at risk and earning a mid-teens return so you either have to get someone like the B-piece buyer to take a swap plus 350 or 450 return or price all those bonds as if they were unrated—and then someone has to pay for that. There is no obvious solution yet.

How will risk retention affect the relationships between the inter-creditors?

As a general matter of securities law, we think the S.E.C. has the ability to impose fines and penalties, potentially to strip the sponsor of access to its shelf and impose personal penalties and exclusions from the securities industry on individuals. Penalties could be a lot. Some of the banks are now figuring out that the B-piece buyer is not a fix; it’s just a deferral. If you have a B-piece buyer that holds the 5 percent, you’re good, but let’s say, without disparaging our B-piece friends, the B-piece buyer went bankrupt and the trustee sold the securities. Now they’ve violated the risk retention rules. They didn’t do it intentionally, but they sold the risk retention securities to the general market place. It’s going to put a lot of pressure on the credit worthiness of the B-piece buyers and the level of assurance the banks can get that the B-piece buyers will do their jobs.

If you could alter one facet of the new rule, what would it be and why?

I would shorten the hold period because all commercial real estate fails. If you look at long-range data sets from the life companies and rating agencies, the number that sticks in my head is an average pool of commercial real estate will suffer 2 percent default per year. Since the average fixed-rate loan is 10 years, that’s a 20 percent default. If 20 percent of your loans failed and loss severity was 50 percent, that comprises the entire B-piece. Why should the sponsor take unusual responsibility of the natural performance of a pool of commercial mortgage loans?