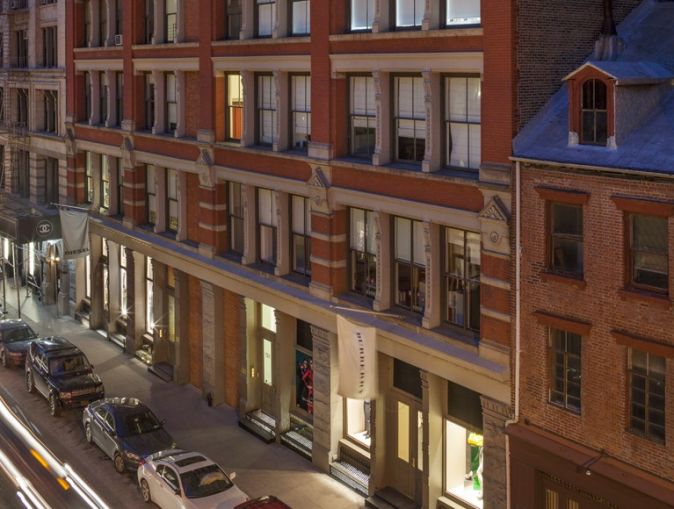 Adidas is hoping its customers will run to a new block in the same neighborhood to snap up their sneakers.

The German-based apparel and athletic brand signed a 10-year lease for 5,219 square feet at 115 Spring Street between Mercer and Greene Streets to relocate its Originals boutique store, according to landlord SL Green Realty Corp. The asking rent wasn’t immediately available.

The new store will consist of more than 3,100 square feet on the ground floor and about 2,100 square feet in the basement of the retail condo. The store is expected to move into the new space in September, according to CoStar.

“We believe this lease further demonstrates the strength of the Soho market and its versatility in attracting all segments of retailers as a result of its consistent growth in tourism and local demographics,” said SL Green’s Brett Herschenfeld in prepared remarks.

Adidas’ Originals store, where consumers could find signature Adidas clothing, shoes and accessories, is currently located at 136 Wooster Street between Houston and Prince Streets about two blocks away.

The RKF brokers were not immediately available for comment via a spokesman.

In July 2014, SL Green purchased the retail condo for $52 million, according to property records. The space was occupied by Opera Gallery, but the landlord bought out the gallery’s lease, according to a spokesman for SL Green.