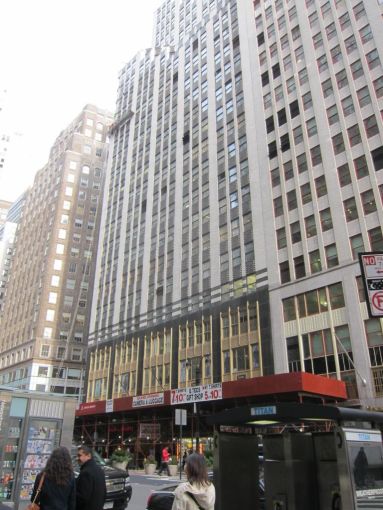 The men’s dresswear company has renewed and doubled its corporate office space at 1400 Broadway between West 38th and West 39th Streets, Commercial Observer has learned. The 10-year lease with landlord Empire State Realty Trust brings the retailer to two full floors of the 768,622-square-foot building.

By adding 12,753 square feet on the 34th floor of the building, Men’s Wearhouse now has more than 26,600 square feet in the building including its existing space on the 33rd floor, according to brokers in the deal. The deal closed about three weeks ago, according to Mark Weiss, a vice chairman at Newmark Grubb Knight Frank.

Asking rents were not available for the deal. Mr. Weiss represented Men’s Wearhouse, along with his colleague Rob Eisenberg, and Keith Cody represented ESRT in-house with Scott Klau, Erik Harris and Neil Rubin of NGKF.

The suit-maker opted to expand in the building because of a strong relationship with the landlord, Mr. Weiss said.

“ESRT was a terrific landlord,” he said. “ESRT was responsive to all of their needs and allowed for their growth. It was a really nice relationship.”

Earlier this year, ESRT unveiled a redesigned penthouse—a merger of several units into one—on the top two floors of the 35-story building. That came with a 1,000-square-foot terrace and an asking rent of $75,515 per month, as CO reported in February.

Update: This story was edited to include Scott Klau as a representative for ESRT.