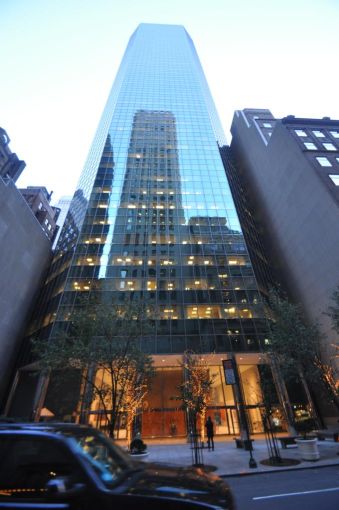 The company secured 8,846 square feet on a portion of the 37th floor as part of a 10-year lease at the property, Commercial Observer has learned. Black River, an asset manager for institutional investors, will share the space with Cargill Risk Management, which structures and markets over-the-counter risk management products on agricultural and energy commodities (Black River and Cargill Risk Management are subsidiaries of Cargill, the food and agricultural giant).

“Our longstanding relationship with Black River allowed us to understand their need for flexible space that represents who they are and provide an extremely efficient layout, modern glass offices and an abundance of natural light, as well as ample space for Cargill Risk Management’s new Manhattan office,” said Mr.  Hrobsky, the executive vice president and managing director at DTZ, in prepared remarks. “The firm’s previous location at 623 Fifth Avenue is in close proximity to its new home, helping to offer a seamless transition for employees.”

Kato International will also build out the space for Black River, creating open trading areas and upgrading the common corridors and bathrooms.

The property, which sits between Madison and Fifth Avenues, is a Class A, 45-story skyscraper completed in 1984 and designed by Skidmore, Owings & Merrill. It includes 600,000 square feet of office and retail space.

Black River is expected to move from its current location during the second quarter of 2015.