Renew TRIA … Or Else 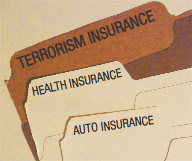 The renewal of the Terrorism Risk Insurance Act isn’t simply good for business. It’s good for the economy, and it’s good for the people of the United States. If TRIA is allowed to expire at the end of 2014, or is modified so severely that it cannot fulfill its purpose, we not only expose ourselves to significant financial risks, we will most certainly cripple one of the most important engines that has helped drive economic growth for more than a decade.

For those who may be unfamiliar with this important legislation, TRIA was enacted shortly after the terrorist attacks of Sept. 11, 2001. In the period following these horrific acts, the economy of the United States tumbled, as did the economies of virtually every nation worldwide.

After 9/11, the potential effects of terrorist attacks became clearer than ever before. The reverse was true for the future of terrorism insurance. Given the scale of the losses, reinsurers and primary insurance carriers left the terrorism insurance market in droves. Those insurance companies that remained hiked their premiums significantly and drastically reduced available coverage. For many reinsurers, the potential “risk of ruin” was so great that it could not be adequately priced.

At the same time, lenders and other parties began to require terrorism insurance in order to approve or enter into financing arrangements with businesses in the real estate, transportation, construction and energy sectors. This placed a significant burden on companies operating in industries seen as most vulnerable to terrorist acts (such as professional sports, commercial real estate, construction and utilities).

In the months following September 2001, those businesses that needed terrorism insurance were often unable to find coverage or to afford the high premiums demanded by the few remaining insurers. This caused many to limit or cancel significant business activities. For example, according to the Real Estate Roundtable, in the 14 months between the Sept. 11 attacks and the enactment of TRIA, more than $15 billion in real estate-related transactions in 17 states were slowed or canceled outright due to lack of terrorism risk insurance. The White House Council of Economic Advisors found that there was a loss of 300,000 jobs during the same period as a result of deferred construction projects.

With the passage of TRIA in November 2002, predictability and stability returned to the terrorism insurance marketplace. Insurers and reinsurers were able to write policies, knowing that there was some support available in case of catastrophic, widespread losses. Real estate and other businesses were able to afford insurance premiums, enabling them to close financing deals and launch new projects.

TRIA has been renewed several times since, with positive effects. Past studies by risk researchers Marsh & McLennan and Aon have shown that failure to extend TRIA would cause commercial property insurers to leave the terrorism insurance marketplace and significantly reduce capacity. A standalone market would be unable to fill the void. Yet even with this evidence, today we face the very real threat that this important program will end before Congress takes action.

There has always been—and there will always be—debate about the proper role of government in the lives of individuals and in the life of our nation. These debates are appropriate and welcome. They help us find collective, common ground between competing ideologies, beliefs and preferences.

Debating the details of a government program or legislation, however, does not mean that there is general disagreement about underlying principles and goals. In the case of TRIA, there is general agreement that one of the most important roles of government is to help identify potential shocks to the economy, prevent them from occurring, and support the recovery of the public and private sectors from unforeseen, large-scale crises.

Given the clear, acknowledged risks of terrorism at home and abroad, and the potential for large-scale damage to significant real estate and infrastructure assets should such a terrible event occur, it is more than unfortunate that renewal of this legislation may get bogged down by political conflict and brinksmanship. We must remind ourselves of the merits of TRIA, and take action to achieve its renewal in as strong a form as possible.

TRIA has solid, almost universal support from the business community. For example, the Coalition to Insure Against Terrorism (COAT), whose membership includes top corporations, trade associations, chambers of commerce and public buyers of insurance operating in virtually every sector of the economy, has called for Congress to renew TRIA as quickly and expeditiously as possible.

The use of government resources as a financial backstop for worst-case financial scenarios is likewise nothing new, and has often received bipartisan backing. In recent years, we have seen successful efforts to provide predictable, targeted support for the economy following catastrophic natural disasters and the financial crises of the last decade. While the specifics of these programs may be questioned by some, there is no denying the positive effects of relying on vast government resources to cushion the national economy against major, potentially lethal blows.

Note that I have used the word “economy” here and not “business.” Legislation such as TRIA is valuable not because it favors certain industries over others— or certain regions of the country over others—but because its positive effects are widespread. The goal of TRIA is not to replace private capital, but to create an environment in which the private sector can flourish.

In the coming weeks, Congress must come together and renew, refine and expand this critical economic development measure. We need predictability in an unpredictable world. We need to know that our economy may stumble but will not fall in the face of large-scale terrorist acts. We need to move forward into the future with all of the security we can provide today.