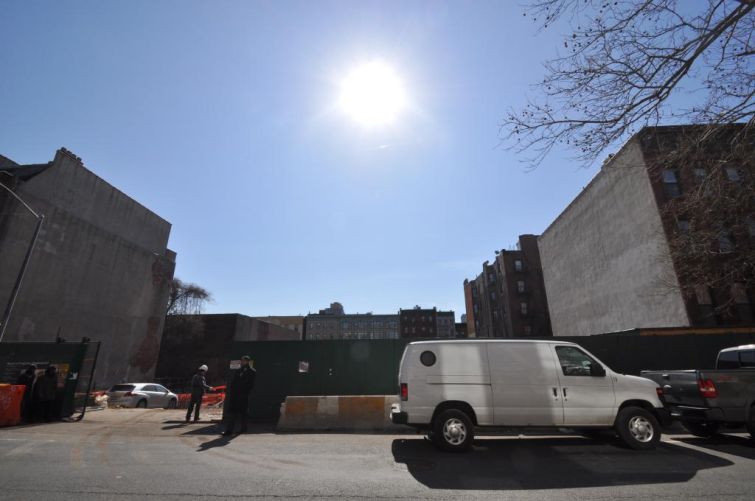 Bed Bath & Beyond and WeWork have each signed for 30,000 square feet at 5 West 125th Street in Harlem, a project under development between Fifth and Lenox Avenues. Both leases mark the tenants’ first locations in Harlem, Jared Epstein of Aurora Capital Associates told Commercial Observer via email. The tenants will occupy their respective spaces by the third quarter of 2015.

Mr. Epstein represented Aurora and the Adjmi family in the transactions. Bed Bath & Beyond and WeWork negotiated directly with the landlords, according to the New York Post, which first reported the deal. Asking rent for both spaces was $50 per square foot, Mr. Epstein said.

The development site was purchased in December 2012 for $15.5 million, according to property records. Aurora Capital Associates along with the Adjmi family acquired 5 West 125th Street from RCG Longview, according to the Post, and a 130,000-square-foot building is expected to be completed at the site in fall 2015. It will include 30 residential rental units over commercial space, and there remains 21,000-square-foot, ground-floor availability.

The home superstore will be located on the second floor of the development, while the co-working company will occupy the third floor, the Post further noted.

“The demographics and micro economic trends of Harlem sealed the deals,” Mr. Epstein told CO. “125th Street is the central artery of Harlem’s business district and features the best foot traffic which is essential for national retailers to thrive. Harlem continues to gentrify into a bustling community of residential and commercial developments, galleries, museums, restaurants and cafés. Hundreds of thousands of tourists visit Harlem annually and many of the main attractions are located on and around 125th Street.”

The west side of 125th street is known for some of the best foot traffic in the city, CO previously reported, with such big name brands as Gap, H&M and Whole Foods infiltrating the strip.

Bed Bath & Beyond has 1,000 stores nationwide with 20 locations in the New York metro area, according the company’s website.

Of the Harlem location, a spokeswoman from Bed Bath & Beyond told CO: “We are very excited to be coming there.”

A representative from WeWork did not respond to a request for comment.