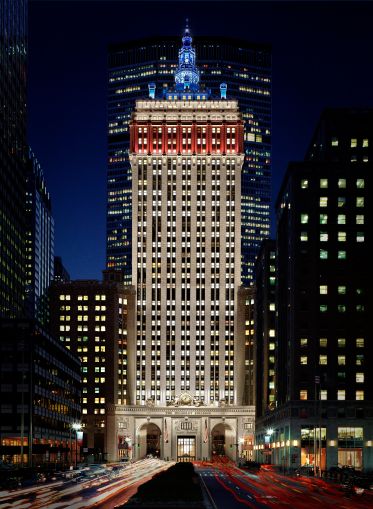 The New York branch of Banco de la Nación Argentina has renewed its 23,407-square-foot office lease on the third floor at 230 Park Avenue.

The bank has been a tenant in the 34-story former Helmsley Building since 2004 and has a dedicated private entrance in the East Helmsley Walkway of the building, which is between 45th and 46th Streets.

The state-owned bank provides an array of financial services for personal and business customers and uses the New York branch for the execution of financial transactions between Argentina-based businesses and their American partners.

“We are delighted that Banco de la Nación Argentina has chosen to extend its long-term tenancy at 230 Park Avenue, its New York City home office,” Anthony Westreich, Chief Executive Officer of Monday Properties, said in a prepared statement. “They are a highly-valued tenant of ours and we wish them many more years of continued business success in the U.S.”

Asking rent for the space was in the high $60s per square foot, Monday Properties said, declining to indicate the length of the lease.

A few months ago, Urban Space, the food hall manager behind Mad. Sq. Eats, Broadway Bites and Dekalb Market, signed a long-term lease for 10,000 square feet of retail space in the building.