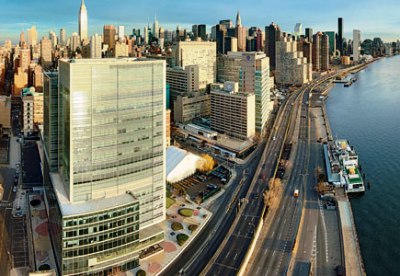 As collaboration between academic research facilities and the life sciences industry increases, New York is quickly becoming a viable alternative to more established lab hubs in San Francisco, San Diego and Cambridge, Mass. But there are still hurdles to overcome.

The issue isn’t talent. New York has the highest concentration of medical research facilities in the country. Nor is it money. In December, the New York Economic Development Corporation established a $100 million early-stage life sciences funding initiative alongside Celgene, GE Ventures and Eli Lilly.

“New York’s got the science, it’s got the money; now it just needs the facilities,” John Isaacs, an executive vice president at CBRE, told Commercial Observer.

But the tide is turning. Already, the Alexandria Center for Life Science, a facility located on East 29th Street at the East River Science Park, has added over 700,000 square feet of lab space to the city and there is more on the way.

The EDC is helping too, and not just with funding. The city, in cooperation with the Department of Health, issued a request for proposals in December to developers for the redevelopment of 455 First Avenue. A redevelopment of that property would see the Department of Health, the building’s largest tenant, consolidate its space, freeing up five floors for new lab tenants.

Biomed Realty, Alexandria Real Estate Equities and Forest City Ratner are among the developers most likely and qualified to take on the project, according to industry sources. The building sits in close proximity to Alexandria’s existing New York facilities.

“Alexandria is going to take a long look at it,” a source familiar with the property said.

With the development of lab space costing between $400 and $500 per square foot, the redevelopment of existing buildings may be the most cost effective way of solving New York’s lack of space. Outside of Alexandria, there is little ground-up development forthcoming.

“As we all know construction in Manhattan is very expensive,” said John Cahill, a managing director at Colliers International. “We’ve been working with some developers and landlords about creating space but building on land from scratch is very expensive, with the exception of Alexandria there’s very little coming from the ground up.”

Even redevelopment has its hurdles, with lab space requiring adequate power, systems and floor loads to support research. While a typical commercial building might be built with floor loads of approximately 50 pounds, research facilities need floor loads of anywhere between 150 and 200 pounds. Other considerations include high ceilings to accommodate systems and column-free space.

There optimism for the future. With increased collaboration in the previously antagonistic relationship between the industry and academia, and support from the city, industry participants expect the life sciences industry to grow exponentially in New York.