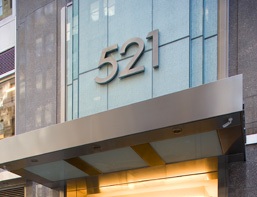 The tenant will pay rent starting the low-$60s per square foot in the 10-year deal, according to data from CompStak.

Kevin Segalla, a managing partner at the firm, confirmed the new lease, adding that the firm  will use the space for one of its portfolio companies, Tilting Point,  and to expand CFC Capital’s real estate business. CFC Capital owns and manages the world headquarters of NBC Sports Network, Chelsea Piers Connecticut and other properties.

“521 Fifth Avenue is a beautiful building in a great location,” he said. “We are really excited to have a presence in the city and to continue to grow our business.”

In 2012, SL Green agreed to sell a 49.5 percent minority equity interest in 521 Fifth Avenue to a venture between Quantum Global Real Estate and LaSalle Investment Management for $72 million.

Whitten Morris, Tara Stacom, Barry Zeller and Justin Royce of Cushman & Wakefield represented the landlord in the leasing transaction. The tenant was represented by Sinclair Li and Dan Wilpon of CBRE.