RK Bridal Moving to the Far West Side 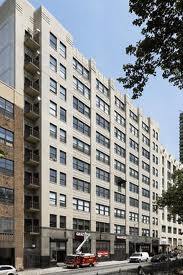 The wedding gown retailer will pay rent starting in the mid-$30s per square foot after approximately six months of free rent, according to data from CompStak. The tenant is expected to relocate from its current location at 318 West 39th Street in the Garment District during the second quarter.

“They were looking to be closer to the residential population that frequents them and also in an area that’s emerging with a younger, more affluent workforce,” said Matt Astrachan, vice chairman at Jones Lang LaSalle, who represents the landlord.

Taconic acquired 619 West 54th Street for approximately $110 million in late 2012 and immediately implemented a lobby and elevator upgrade. Shortly after, the landlord signed Maserati to a 25,000-square-foot space on the ground floor of the building.

“That really changed the whole dynamic of the building,” Mr. Astrachan noted.

Founded in 1953 as RK Monograms, RK Bridal moved to its 12,000-square-foot store on 39th Street in 2000. The company will utilize the fifth floor of the building for both office and showroom space.

Mr. Astrachan represents the landlord alongside Mitchell Konsker, Brittany Wunsch and Harley Dalton. RK Bridal did not use outside representation.