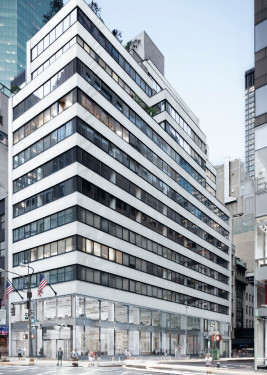 Italian fine jewelry purveyor Roberto Coin Inc. has signed a 10-year renewal and expansion at 579 Fifth Avenue, Commercial Observer has learned. The tenant has leased the building’s entire 16th and 17th floors for a total of 9,134 square feet.

“Ownership’s recently completed repositioning of the asset now enables 579 to compete with other high-end, boutique buildings in the immediate area, and Roberto Coin’s continued commitment speaks to the strong demand for tenants to be here,” said Sam Seiler of CBRE, who represented the landlord, in a statement.

The 17-story property at 579 Fifth Avenue boasts several full floors of availability, including the 7,620-square-foot 15th floor. Ideal tenants for the building include boutique financial services firms and other corporate users.

Mr. Seiler represented the landlord alongside Stephen Eynon and Edward Goldman. The brokers were not immediately available for further comment.