Masters of Real Estate Conference to Be Held on October 16 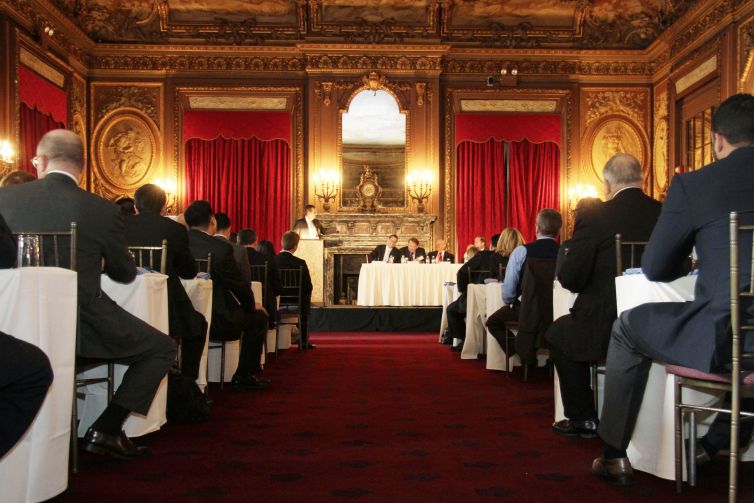 The Commercial Observer will host its annual Masters of Real Estate conference on October 16 at The Metropolitan Club, located at 1 East 60th Street. Beginning at 8am, the event will feature three panel discussions on the State of New York City Real Estate, the State of Opportunistic Investments and the State of the Capital Markets. “People find the Masters of Real Estate event to be a very valuable resource and exchange of ideas,” said Jared Kushner, chief executive of Kushner Companies and publisher of The Commercial Observer. “This has become the definitive event of the real estate industry in New York.”

Last year’s event featured Mr. Zuckerman’s revelation that it could take up to a year for the New York Daily News and U.S. News and World Report to return to their offices at 4 New York Plaza. Both publications were forced to relocate after 11-foot tidal surges caused flooding and electrical outages in the area.

“We have just leased some other space for nine months to a year just to make sure that we can keep the magazine and the newspaper going,” Mr. Zuckerman said.

Tickets for the 2013 conference can be purchased at www.mastersofrealestate2013.com.