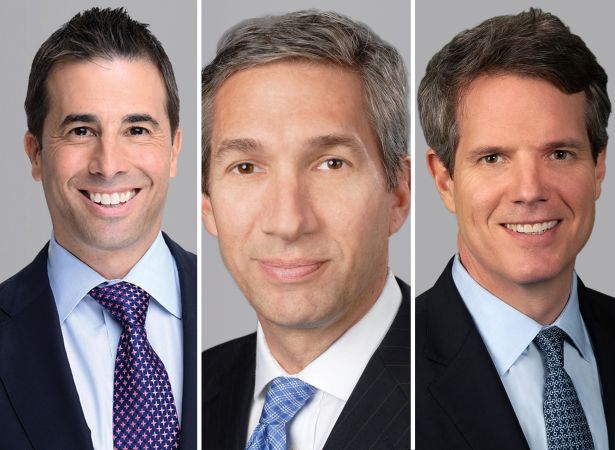 Cushman & Wakefield’s equity, debt and structured finance team closed $23.5 billion in deals in 2021. It also acquired a 40 percent stake in Greystone’s agency, Federal Housing Administration (FHA) and servicing businesses as the cherry on the cake.

How about a $950 million refinance for Vornado Realty Trust’s 1290 Avenue of the Americas — also C&W’s headquarters building — or a $905 million refinancing for Stellar Management’s One Soho Square? Or, on the construction side, how about the $700 million development loan for a 1.1 million-square-foot residential and hotel development in Bellevue, Wash. (executed with an offshore lender, no less)? Love logistics deals? C&W arranged the $235 million permanent financing for a 1.3 million-square-foot industrial property in Linden, N.J.

“The recovery from the depths of COVID continued very strongly into 2021,” Steven Kohn said. “There was a lot of liquidity, and very competitive pricing from investors and lenders.”

Last year was a growth year for sure, with low interest rates and demand far exceeding supply in many markets. While the team was busy negotiating deals across asset classes and property types, the two big winners in 2021 were industrial and multifamily, Kohn said.

“The themes today are more of the same,” Kohn said. “Most of the big institutions and a lot of private investors just want as much multifamily and industrial as they can get their hands on.”

His team worked hard —and well — under pressure. “We handled double the work with less people,” Kohn said. “I learned how hard people were willing to work to get our transactions over the finish line, and I’m very proud of them.”

“It really was a record year for us,” Rob Rubano added. “I feel really good about how we’re positioned nationally, with the biggest borrowers and top institutional clients.”

Over the past year, “we’ve done everything from $25 million transitional office deals to $2.4 billion portfolios and everything in between,” Rubano continued.

In October, C&W finalized its 500 million investment in Greystone’s agency, FHA and servicing businesses, and John O’Neill was promoted to president of U.S. multifamily capital markets. “This joint venture allows us to offer a robust multifamily debt platform, which is a really critical capability,” O’Neill said.

Building out a new partnership during a market that’s all too willing to throw curveballs at every turn is no mean feat.

“If you go back to the [global financial crisis of 2007-2009], then the global pandemic, we have all been tested in ways that we never thought we would be tested,” O’Neill said. “All these events create a certain resiliency, and some people tend to retreat, while some advance. The Greystone team, and we at Cushman, pride ourselves on not allowing headwinds to deter you; you just have to find ways to persevere.”—C.C.