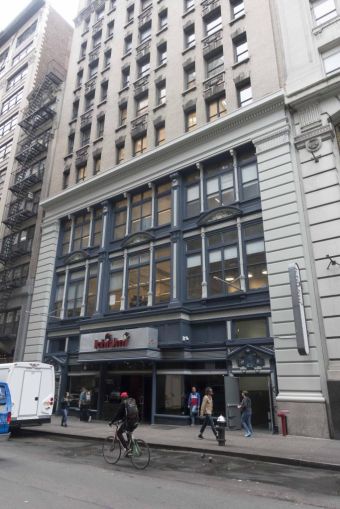 Public relations firm Sunshine Sachs Morgan & Lylis is moving its headquarters a half-block away in NoMad, Commercial Observer has learned.

Sunshine Sachs signed a 10-year lease for 16,000 square feet at Himmel + Meringoff Properties’ 6 East 32nd Street between Madison and Fifth avenues, according to a source with knowledge of the deal. Asking rent was $65 per square feet.

The firm will be relocating from its current, slightly larger digs at 136 Madison Avenue, where it has leased 18,400 square feet since 2012, as CO previously reported.

Sunshine Sachs was founded in 1992 and currently has more than 250 employees spread across offices in Los Angeles, San Francisco, Atlanta and Washington, D.C., according to the Hollywood Reporter. Its clients include Microsoft, the NAACP and Leonardo DiCaprio.

Savills’ Kirill Azovtsev, Allison Buck, Sam Mann and Jim Wenk represented Sunshine Sacks, while the landlord handled it in-house via Maureen Pescatore and Adam Weissleder. The Savills brokers declined to comment, and a spokesperson for Himmel + Meringoff did not respond to a request for comment.