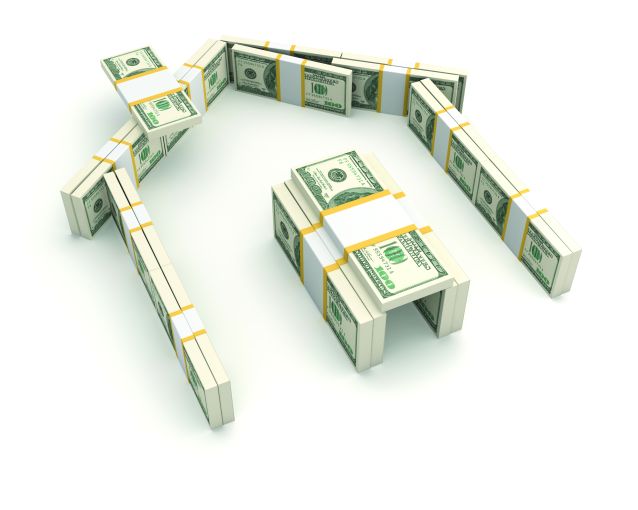 Vetting applications, coordinating appliance repairs, collecting rent. It’s hard not to get bored by the day-to-day routines of most rental operators.

But in real estate right now ​​— with a ballooning cost of capital, wider economic unpredictability and hurdles for home ownership​​ that have grown even higher — the bland predictability of recurring rents and stable income has made these assets, and the tech bolstering them, more attractive.

“It’s not necessarily that rental is doing any better than the rest,” said Ryan Waliany, co-founder and CEO of Doorstead, a tech-enabled property management service for landlords that helps find tenants. “It’s more that it’s not falling. It’s very, very stable.”

Boring, it seems, is booming.

In today’s capital and finance market, where buying or building new multifamily assets has become markedly more expensive, tech that boosts revenues or slashes expenses for existing properties has become much more exciting, attracting additional investment from VCs and adoption from property owners and institutional landlords. Waliany sees tech funding as a whole changing pace in 2023, away from hyper-growth startups fed by cheap capital to those operating in resilient industries with revenue models and solid business plans.

“Rental housing is definitely one of those industries,” he added. “It’s booming, and rents have generally gone up and to the right, matching inflation.”

At the same time rent has jumped — since March 2020, median rent has gone up 14 percent in New York City, 7 percent in Los Angeles, 35 percent in Miami, and 30 percent in Phoenix, according to a January report from listings site ApartmentList — the unpredictability of assets like office space and brick-and-mortar retail has made certainty a selling point.

Recent mergers in the rental space signal aggressive pursuit of more market share. Lessen’s purchase of SMS Asset helps the repair and maintenance services company, which has multifamily clients, grow into a behemoth valued at $2 billion, while RealPage’s acquisition of Knock creates a significant new operating platform for apartment owners.

Big-name venture capital firms and multifamily operators also have begun to look harder at housing and proptech focused on rental properties, especially tech that helps with income appreciation or cost compression. Last August, Andreessen Horowitz made a $350 million investment in Flow, former WeWork impresario Adam Neumann’s new multifamily play, and reportedly plans to invest in Zendoor, an apartment rental platform. SoftBank led a $240 million investment round in Roofstock in March, and Greystar, Camber Creek and Fifth Wall, among others, pitched in on a $150 million fundraising round for Bilt Rewards, the loyalty and awards program for renters.

Multifamily investors, or the VC wings of large real estate firms and brokerages, like JLL Spark, are now getting involved as early as possible in fundraising rounds for new tech, said Ashkan Zandieh, founder and co-chair at the Center for Real Estate Technology & Innovation (CRETI). Multifamily brands want to put their stamp on new startups and quickly integrate their technology. And both the federal  infrastructure bill and Inflation Reduction Act, each passed last year with massive subsidies for greening the built environment, will provide funding to underpin adoption of climate tech and solutions for building emissions.

“Energy efficiency is now table stakes,” said Ryan Freedman, a partner at Alpaca, a VC firm invested in proptech. “If you’re not running an energy-efficient building, your costs are higher and institutional investors won’t want to deal with you.”

“It’s one of the spaces that has a lot of tailwinds behind it, and it’s reflected in rising rents and vacancy being at all-time lows,” said Sarah Liu, a partner at Fifth Wall. “We’re certainly spending more time in multifamily tech. And we have seen more interest coming from more generalist VCs, which we see as a good sign.”

It’s also a welcome respite from volatile investments. Waliany says the kind of creative debt models used by much-hyped fintech firms focused on novel financing for housing or homeownership no longer pencil out in a high interest rate environment; the risk-reward ratio doesn’t make sense. Investors who zeroed in on that kind of investment are going to shift their capital, and those models will have trouble raising enough capital to grow. Waliany says Doorstead expects to double revenue this year.

The current economic climate will likely prod larger institutional owners to accelerate adoption of these technologies, as integrating the right software-as-a-service solutions can produce savings at scale. And, Zandieh adds, more big multifamily players are looking to create consistency across their portfolios.

Akin to the branded, lifestyle-focused concept that Neumann’s Flow, or the recently merged coliving giant comprised of Common and Habyt, are trying to achieve, more owners want the rental experience to be interchangeable across buildings and cities, to be more attractive and turnkey to high-income renters. The thinking goes that these renters feel entitled to a better experience amid record-high rents, and tech is a key element in satisfying that entitlement.

“One company is going to execute a lot of different ideas to offer a very specific experience for a very specific demographic, and they’ll be able to provide a better service, and better rent,” said Freedman.

“People are not really all that interested in the nice-to-have, everyone’s really focused on being able to generate measurable improvements to their operations or their top line or both,” said Liu. “It’s about measurable and tangible ROI across the board.”

Proptech’s funding declined last year, with international VC funding for the sector dropping 38 percent to $19.8 billion, in line with an overall plummet in the venture capital markets. But it may not have been as pronounced as many believe.

According to preliminary research by CRETI that hasn’t been published, many firms that focus on climate solutions for buildings, including energy efficiency and operations automation, have simply been recategorized as climate tech. Approximately $5.15 billion across 280 startups was siphoned from proptech to climate tech globally last year, and roughly half of climate tech firms that closed a funding round could be considered proptech.

There are many additional opportunities for new tech startups to seize the moment and help multifamily owners squeeze more dollars from their buildings. Liu sees smart building operations and sensors as a space rich with potential, especially those involving energy efficiency and preventative maintenance, like Runwise. And the sprawling amount of data being collected by sensors and smart tech will birth additional solutions and services. Tailorbird, for instance, can utilize its data to predict which renovations an owner should make to maximize their potential rent, akin to what brokerage Compass’ tech does for agents and owners involved in residential sales.

For Zandieh, the potential lies in climate-focused solutions for buildings, especially hardware solutions and access controls. Eventually, this becomes not just a way to cut emissions and reduce energy costs — and, in an increasing number of cities, regulatory penalties — but also a way to mitigate risk. Assets with significant proptech investment will become more valuable, and the technological capabilities of a building will help drive valuations and sales. Solutions that address the evolution of boiler systems, repairs and facility management to mitigate the risk of rising energy costs and new regulations will have natural adoption from owner-operators. It’s boring, sure, but it adds up.

“There’s isn’t anything technologically revolutionary sitting around the corner,” said Freedman. “There’s a lot of incremental improvements, and everyone has failed to put it all together in a way where one plus one equals more than two.”