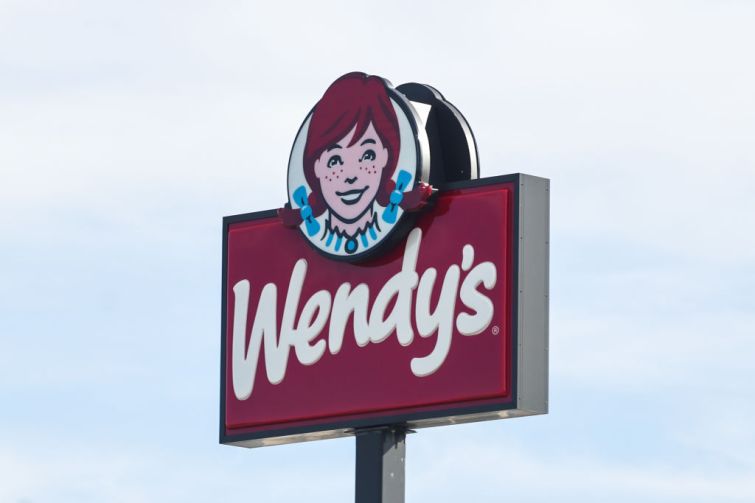 Wendy's logo is seen near the restaurant in Streator, United States on Oct. 15, 2022. Photo: Jakub Porzycki/NurPhoto via Getty Images

The restaurateur behind the Greek eatery Nisi and Mexican joint Ixta plans on taking his talents to the fast food world.

Mike Himani, the founder of Nisi and Ixta, inked a 12-year deal to open a 6,978-square-foot Wendy’s at the base of 462 Seventh Avenue near Pennsylvania Station, Commercial Observer has learned. Asking rent was $200 per square foot, according to landlord the Kaufman Organization.

Wendy’s will replace the fast food eatery Bread & Butter and add to its 11 locations in Manhattan, including one four blocks away at 616 Eighth Avenue. Its new space will give it 2,582 square feet on the ground floor, 2,837 square feet in the basement and 1,559 square feet on the mezzanine level of 462 Seventh, according to Kaufman.

But Wendy’s isn’t the only new restaurant Himani has planned for the Garment District property.

Himani signed another 12-year lease for a yet-unnamed, 3,170-square-foot birria taco spot in the neighboring storefront of 462 Seventh. The taco eatery will replace a Hale and Hearty, which shuttered all its New York City locations last year.

The unnamed eatery will be Himani’s second Mexican project after his Tulum, Mexico-inspired joint Ixta opened at 299 Bowery in December. Himani has founded a handful of other New York restaurants, including Chikpea in Penn Station and Nisi at 598 Broadhollow Road in Melville on Long Island.

It’s unclear when both spots plan to open. Himani did not immediately respond to a request for comment.

Himani’s two deals are a good sign for the city’s retail market, which was decimated by the pandemic in 2020, Kaufman President Steven Kaufman said.

“This represents the continued growth and success of the retail and restaurant industry in New York City,” Kaufman said in a statement. “Especially along Seventh Avenue, we have been seeing retail leases be filled quickly by strong, national tenants.”