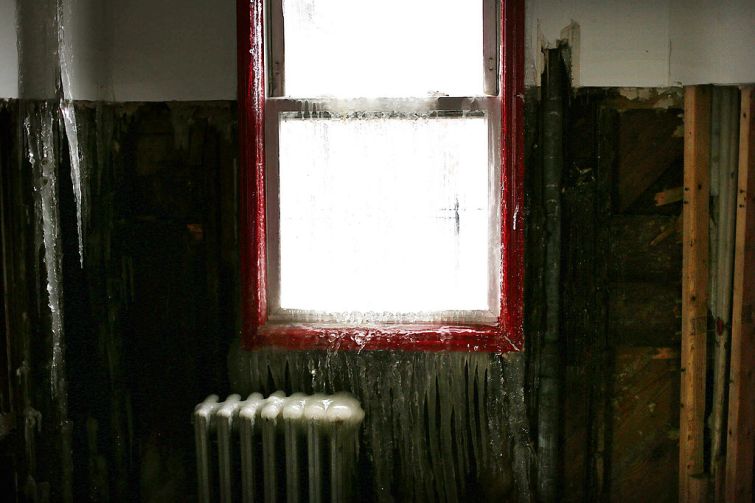 More than 1,000 buildings in the five boroughs have gotten five or more heat complaints each winter from 2017 to 2021. Photo: Spencer Platt/Getty Images

More than 1,000 buildings in New York City are consistently too cold during the winter, and the city is not taking enforcement actions against a quarter of them, according to a new report from Comptroller Brad Lander’s office.

The report found that 1,077 buildings are considered underheated, which means tenants complained about a lack of heat more than five times each winter between 2017 and 2021. While those buildings account for just 1.5 percent of the buildings that have received heat complaints, they represented 30 percent of the nearly 1 million heat-related 311 calls made in that time period, the report found.

More than 25 percent of those buildings, or 274, did not have any recorded heat violations, meaning the city did not take any action against those landlords, the report found.

The comptroller’s report also noted that heat complaints and violations tend to be clustered in working-class parts of the city, including the northwestern and southern sections of the Bronx, central Brooklyn and northern Manhattan. The report recommended that tenants should be allowed to schedule inspections for heat when it is most cold in their apartments, including overnight.

“In a cruel irony, this lack of basic building maintenance is occurring as buildings in these communities are sold for increasingly high prices,” the report said. “Instead of improved living conditions under new ownership, existing tenants often simultaneously face decreased services and the threat of rising rents or eviction. Stronger code enforcement, in addition to tenant protections, is necessary to compel landlords, especially those with low-income, immigrant and tenants of color, to treat the properties they own not just as an investment vehicle, but as people’s homes.”

After the New York City Department of Housing Preservation and Development issues a heat violation, a building typically sees a 47 percent decrease in heat complaints the following winter, according to the report. When the city installs heat sensors — thanks to a relatively new pilot program introduced in 2020 — complaints tend to drop by more than half.

The report was released on the one-year anniversary of the deadly Twin Parks apartment complex fire in the Bronx, which killed 17 people after it was sparked by a portable heater that tenants needed because the building was not properly heated. Between 2017 and 2021, space heaters caused more than 100 fires in residential buildings throughout the five boroughs, the comptroller found.

“The Comptroller’s report demonstrates that our protocols and practices for enforcing the City’s heat laws are improving landlord behavior and protecting tenants’ health and safety,” said an HPD spokesperson. “Simply put: heat complaints decrease in buildings where HPD intervenes, as the report finds. We always respond to complaints and take the appropriate action when unsafe conditions are discovered.”