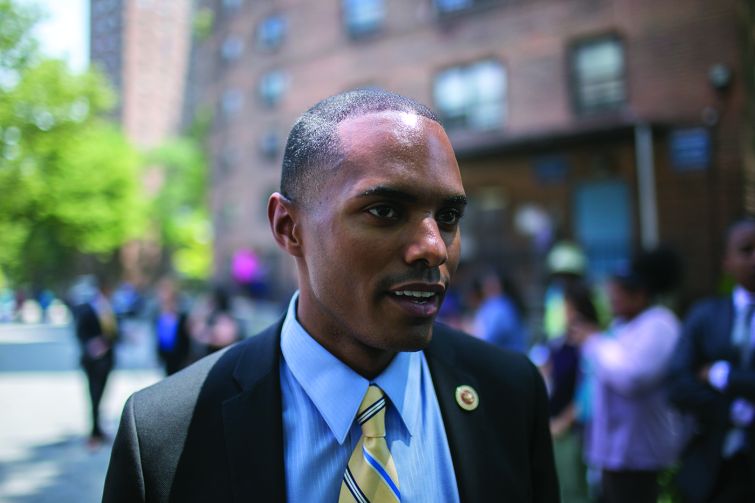 In the wake of a fire that killed 17 people in the West Bronx in early January, U.S. Rep. Ritchie Torres and U.S. Sen. Kirsten Gillibrand are pushing for legislation that will help prevent similar fires in federally subsidized housing by requiring heat sensors and sprinklers.

The two legislators proposed a bill Monday that would require federally funded developments like Twin Parks North West — where the deadly fire was sparked Jan. 9 by a space heater — to have heat sensors. These sensors, which have been implemented in some public housing buildings in New York City, allow landlords to monitor temperatures in apartments in real time and adjust their heating systems accordingly.

Torres said that as a City Council member, he had worked with the city Department of Housing Preservation and Development on a pilot program to implement heat sensors in 26 buildings in 2020 and 2021. Heating complaints at those buildings declined 56 percent, he said, according to NY1 and Bronx News 12.

“If you call 311 to complain about heat and hot water, there is often a lag time between when a tenant calls 311 and when the inspector actually arrives,” Torres said. “And so the best hope for creating a more efficient system of housing code enforcement is technology.”

After touring the damage inside Twin Parks North West, Gillibrand said that she wanted to put federal resources toward installing sprinklers in older buildings.

“We also learned from the firefighters that an old building like this is grandfathered in and doesn’t have sprinklers,” Gillibrand said. “That’s unacceptable.”