Twenty years ago, millions of square feet of office space became apartments. A sequel is not assured. 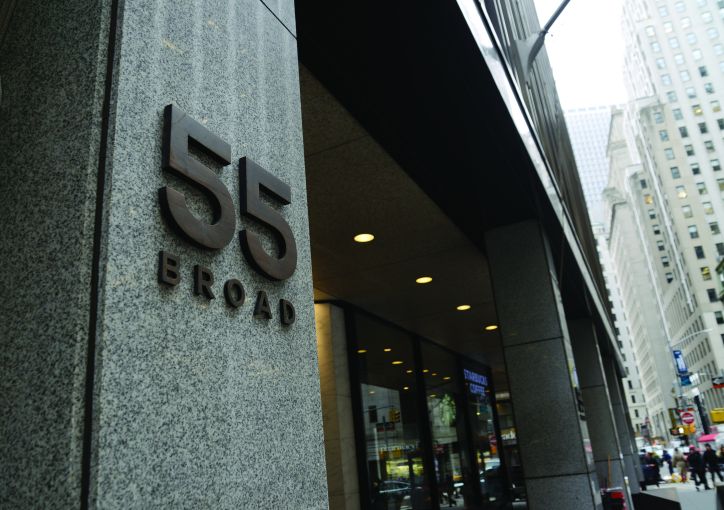 Older office buildings — especially in Lower Manhattan and Midtown — continue to struggle to fill their space, just as residential rents in the city are hitting record highs. Commercial easing activity in Manhattan dropped nearly 47 percent on a quarterly basis in the last three months of 2022, according to brokerage Colliers, and the average Manhattan apartment rent hit $5,249 in November, per brokerage Douglas Elliman. What’s more, the June 2022 expiration of the 421a tax exemption for new affordable residential projects means fewer developers will start new apartment buildings until the state legislature creates a replacement.

The perfect storm of an overheated residential market and a weak office leasing market in the five boroughs has created the ideal opportunity for a new crop of office-to-residential conversions, particularly in the aging commercial towers of Lower Manhattan’s Financial District.

Metro Loft Management is co-developing all three properties, after a long track record of repurposing other Lower Manhattan office towers as rentals. Over the past 20 years, the firm, led by Nathan Berman, has worked on the conversions of 20 Broad Street, 180 Water Street, 443 Greenwich Street, 116 John Street, 20 Exchange Place, 63 and 67 Wall Street, and 84 William Street, among others.

There are also a few developers moving forward without Metro Loft’s help. Moinian Group plans to convert its 29-story Art Deco office tower at 90 John Street into 115 apartments. At 17 Battery Place, it hopes to reclaim three floors of office and convert them to 170 more apartments, which will join another 20 stories of apartments that were converted from offices in the late 1990s. The property currently has 13 stories of office space. Lastly, Vanbarton Group recently started working on the conversion of 160 Water Street into 588 units, along with a six-story addition.

So what makes an office building appealing for a residential conversion? Smaller floor plates certainly make it easier to carve out apartments, but developers have found ways to address that challenge. At 25 Water Street, GFP is drilling two light wells into the building to produce more legal bedrooms (which must have natural light, according to state code). The developer is also adding an extra 10 stories to the top of the building, allowing more light and air for apartments and opportunities to turn setbacks into roof decks.

For GFP’s CEO, Brian Steinwurtzel, the appeal of 25 Water boiled down to its cheap price — which was reportedly negotiated out of a foreclosure deal — and its overwhelmingly vacant interiors.

“The building will be 100 percent empty, and the basis is very low,” he said. The 1.1 million-square-foot behemoth, built in 1968, “has a unique combination of factors that make it likely to be successful as a residential conversion.”

JPMorgan Chase had been struggling to sublease 700,000 square feet of empty space in the building during the pandemic, after opting to consolidate much of its New York City office space into its future supertall headquarters on Park Avenue. Tribune Publishing also shuttered the offices of the New York Daily News in the building in 2021, leaving the paper without a newsroom.

The property also fronts three sides of a block right along the waterfront near South Ferry, with one other building next to it. Its location near the water means better natural light than other parts of the Financial District, which is famously known as the “canyons of Wall Street” for its shadowed streets, and the building’s through-block position makes construction logistics simpler.

The CetraRuddy-designed project will include 60,000 square feet of new amenities, including indoor and outdoor swimming pools, a spa, basketball and pickleball courts, a gym and indoor and outdoor coworking areas. The building will also get completely new utilities and energy-efficient heating and cooling systems, new window openings and new elevators. The apartments will be a mix of studios, one-bedrooms and two-bedrooms, with some larger three- and four-bedroom units geared toward families.

Interior demolition began late last year, and construction is expected to finish in the next two to three years.

All of the conversion projects underway in the Financial District right now are set to be as-of-right, market-rate rentals, because developers say there isn’t an incentive to include more affordable, below-market housing.

The city and state created a tax abatement program for office-to-residential conversions in the mid-1990s, hoping to stem Lower Manhattan’s flood of empty office buildings. The program, known as 421g, offered landlords a significant tax break in the decade or so following an office-to-residential conversion. In exchange, they were supposed to give tenants rent-stabilized leases, though many owners were sued in recent years for failing to do so. During the decade the program was in effect, from 1995 to 2005, owners used the abatement to convert 13 million square feet of offices to 12,865 apartments, according to a recent Citizens Budget Commission report.

When the state created 421g nearly 30 years ago, “the potential success of residential conversions was unknown and the incentive helped people take that risk,” said CBC researcher Ana Champeny. “It was proof of concept that you could do an office-to-residential conversion.”

Champeny noted that a tax incentive “may not be necessary if you’re doing a conversion to market-rate units,” as is the case with all of the current conversion projects in the Financial District. However, she noted that the city and state need to change zoning and building codes if they want to encourage more office-to-residential transformations. That might include lifting the state cap on floor area ratios, as the legislature opted to do in the 1990s for commercial buildings constructed between 1961 and 1977.

“You need to create an as-of-right regulatory environment rather than forcing owners to go through a discretionary process,” she explained.

“Without a significant change to the state and city laws, it will be difficult for there to be a wave of conversion projects,” he noted. “We’re evaluating a multitude of projects, but without the state and city legislative changes, they need to meet the low [cost] basis, path to vacancy and as-of-right zoning.” Other factors include “the cost of acquiring the project, being able to finance the project with equity and debt, and being able to have the building vacant, and that the property is zoned for as-of-right residential,” Steinwurtzel said.

However, Silverstein Properties — perhaps best known as a Lower Manhattan office developer and owner — is so confident about office-to-residential conversions that it plans to raise more than $1.5 billion to put toward new projects.

“With the expiration of the 421a program, there’s going to be less development over the next few years, and there’s a growing amount of obsolete office space out there,” said Silverstein CEO Marty Burger. “We think there’s an opportunity in the market to acquire office buildings and convert them to residential. And because the residential market is so hot right now, everything is aligning.”

He explained that Silverstein — which is about to convert 55 Broad Street to rentals — had developed a method to evaluate which Manhattan office towers could work well as conversions.

“We developed our own AI model that took into account a number of variables — floor plate size, ceiling height, vacancy — and we looked at buildings below 96th Street to start,” said Burger. “We were looking for buildings of a certain size. We came up with 218 buildings that were able to be converted, and we thought maybe we could convert eight to 10 of those over the next 15 years. That could translate to 10,000 to 15,000 units.”

He predicted that New York neighborhoods outside the Financial District would see conversions too.

“Downtown has the most older buildings but I think you’ll see stuff up in the Garment District, the Third Avenue corridor, in different parts of the city,” Burger said. “The most opportunity is going to be where landlords don’t want to amenitize their buildings.”