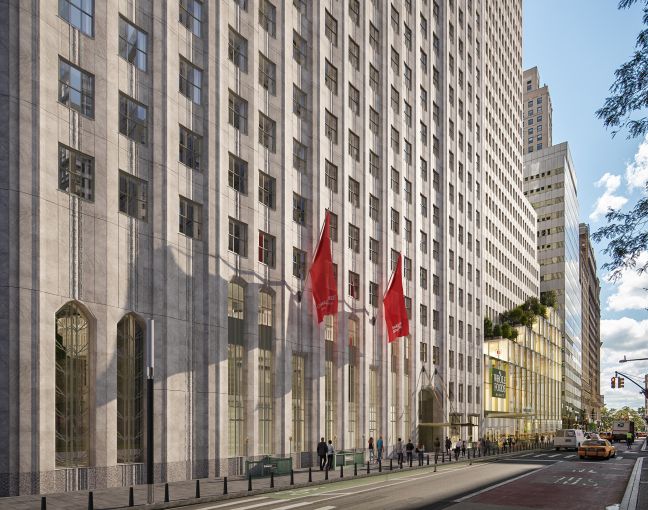 One Wall Street is one of the few buildings converted to apartments in the Financial District since a 90s era tax incentive program for residential conversions expired in 2006. Rendering: Macklowe Properties

Back in the early 1990s, New York City was buffeted by recessionary headwinds and an unprecedented level of office vacancy, so the city and state developed a tax break and zoning changes to encourage Downtown landlords to convert their empty office buildings to apartments.

As the city faces similar levels of office vacancy now, plus a housing shortage and skyrocketing rent, the nonprofit Citizens Budget Commission (CBC) examined that tax break, known as 421g, and tried to consider whether officials should be crafting a new office-to-residential tax incentive program.

The report found that landlords used the incentive to convert 13 million square feet of office space to 12,865 apartments from 1995 to 2005, the years the program was in effect, boosting Lower Manhattan’s housing stock by 40 percent. In addition, another 17,000 units were built or converted in Manhattan during those years without 421g. All told, the tax abatement cost the city $1.2 billion, or $92,000 per unit.

“Buildings really needed to have lost a lot of their value as office buildings to be viable” for residential conversions, said CBC researcher Ana Champeny. “The potential success of residential conversions was unknown, and the incentive helped people take that risk. We’re facing a similar but very different crisis now — we have office buildings that are empty due to remote work.”

As part of 421g, the city also removed the statewide cap on floor area ratio (FAR) for buildings constructed between 1961 and 1977 in the Financial District. The report found that the FAR cap did limit the number of apartments in the three buildings that were developed after 1977 and converted under 421g, reducing the number of units in those buildings by a third, CBC’s Sean Campion wrote. But “given the low rate of conversion among post-1977 buildings, it is unknown how many additional buildings might have been candidates for conversion if not for the FAR cap,” he noted.

The city would need to push for similar zoning and code changes today if it wanted to implement a new office conversion incentive.

“You need to create an as-of-right regulatory environment rather than forcing owners to go through a discretionary process,” said Champeny. She added that officials need to carefully consider what they want to accomplish with such an incentive and then craft a feasibility study.

Office building values will need to drop low enough for residential conversions to make financial sense. A recent analysis pegged that threshold at $262 a square foot, according to CBC. While market-rate conversions have continued downtown since 2006, delivering 3,200 units in 10 buildings, the report noted that incentives would be needed for conversions designed to create affordable housing.

Even without incentives,  a handful of Financial District office towers are already slated to become residential in the next two years. Goldman Sachs’ former headquarters at 85 Broad Street could be converted by MetroLoft and Fortress Investment Group, and Silverstein Properties — also with MetroLoft — plans to convert 55 Broad Street to apartments next year.