COVID-Era Lease Provisions: What Landlords and Tenants Are Trying to Cement

First and foremost is flexibility, followed by protections against cataclysms like... knock on wood... another pandemic 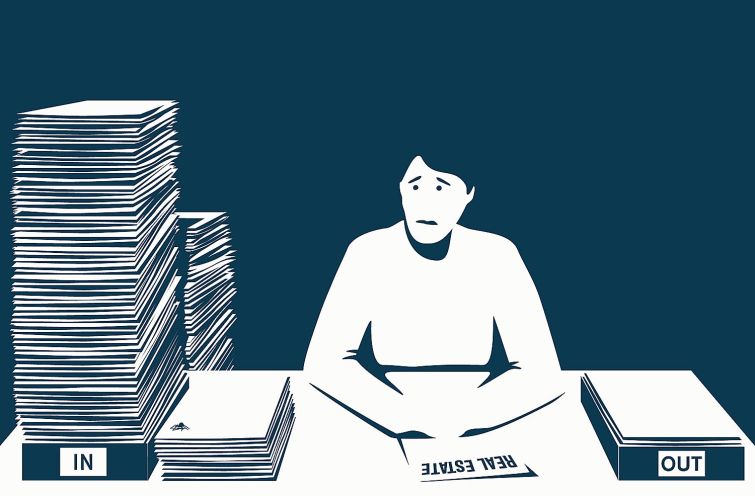 When New York City caught a cold, all of Gotham’s lease negotiations got sick.

In 2020, the pandemic threw the legal world for a loop when both commercial landlords and tenants suddenly started banging on their lawyers’ doors to find out what rights they had to skip rent or to demand it — or to break a lease entirely.

Three years later, tenants are negotiating for more flexible deal terms than they were before COVID-19 swept New York City, and they’re getting what they want more often than not. At the same time, debates over pandemic-protection clauses such as force majeure remain in flux, even 36 months since New Yorkers first learned to recognize symptoms of the coronavirus.

Part of this is the nature of commercial real estate dealmaking — parties always want to negotiate the best deals for themselves, and lawyers on either side are only too happy to keep billing — and part of it is the lingering uncertainty from the pandemic itself and the current economic picture. What should be set in stone isn’t clear yet.

“Everybody is trying anything to get [themselves] more flexibility,” said Jay Neveloff, a partner at Kramer Levin Naftalis & Frankel. “We’re at an inflection point because nobody quite knows what’s going to happen with the office market. Everybody is trying to figure out how they’re going to use their space.”

Office tenants want protection from a resurgence of the pandemic, but mostly they want flexibility when it comes to one of COVID-19’s unexpected consequences: remote work. Office users are increasingly asking for the option to ditch space early or the ability to sublet it quickly — though it remains to be seen if landlords will agree to those provisions, Neveloff said.

But some landlords are more open to the idea of shorter-term leases with termination options, based on the hope that the office market will turn around, said Risa Letowsky, co-chair of the leasing practice group at Adler & Stachenfeld.

“It’s both on the landlord side and the tenant side — people don’t know [how] the market, in terms of hybrid work and the financial market, is going to pan out in the next couple of years,” Letowsky said.

Office tenants aren’t alone — retailers are also advocating for more flexible rent deals. Landlords have agreed, in some cases, to push back the date a retailer has to start paying rent if COVID-19 delays the construction of their space, and to defer rent and extend a tenant’s lease if it is forced to close, Letowsky said.

And retailers have pushed to pay a lower monthly flat rental fee plus a higher portion of rent that’s based on a percentage of their sales, said Danielle Lesser, chair of Morrison Cohen’s business litigation group, who represents retail tenants in disputes with landlords.

Those types of rental deals were hugely helpful during the pandemic, though scoring one these days usually depends on a retailer’s location and landlord, Lesser said. But it’s not just the negotiation table that’s changing — it’s the amount and size of deals being signed.

“Tenants are possibly looking at smaller footprints, more carefully selected locations,” Lesser said. “They’re not opening for the sake of opening as they might have done in a pre-pandemic environment. The real estate decisions are very calculated and careful today, and that’s either a function of the pandemic, or a combination of the pandemic and potentially the looming recession.”

The same thing is happening to office sale deals. Contracts are being torn up over issues that wouldn’t have made a buyer bat an eye before the pandemic, said Paul Schwartz, a partner at Adler & Stachenfeld. For example, a tenant failing to renew its lease at a building up for sale can kill a deal, whereas before the pandemic a buyer might have tried to get tenants out to refurbish a property and upcharge new commercial renters.

“[Buyers used to say] ‘They’re below market anyway, we’re gonna fix that space up and we can get much higher rents,’ ” Schwartz said. “Now, they’re not even sure they can lease it.”

Of course, some of the pressure on sales is due to increasing uncertainty in the debt markets, Schwartz added. He said he’s worked with more new lenders than ever before as traditional bank financing has dried up. As the office market continues to struggle, the sharks could start closing in.

“[Lenders] have their numbers that they have to make,” Schwartz said. “I could see this next phase being less collaborative — not necessarily that lenders are going to just try and foreclose everywhere, but they need to get paid eventually.”

Overall, tenants and landlords are taking negotiations over pandemic contract provisions seriously, especially when it comes to a key legal doctrine of force majeure, said Massimo D’Angelo, a partner at Akerman LLP.

A force majeure clause frees a party from a contract it can’t fulfill because of unforeseen circumstances such as strikes, severe weather or other “acts of god.” Those clauses offered some shelter to tenants during the pandemic, though force majeure provisions rarely specifically listed a pandemic or government shutdown, said Neveloff.

Today, tenants and landlords are looking to define force majeure provisions to include pandemics, epidemics, delays getting building permits and more, Letowsky said. But not every tenant is winning those debates. William Byers, an attorney at Rosenberg & Estis, said that while tenants have asked for pandemic provisions, he’s made clear in his lease negotiations that force majeure does not include a pandemic.

But those debates have been getting tougher, said D’Angelo.

“You never saw before such hard negotiation on the force majeure provisions and [rent] abatements looking forward, in case we have another pandemic in the future,” D’Angelo said.

For example, a New York State Supreme Court judge rejected clothing seller Gap’s argument that the two legal doctrines excused it from paying rent during the pandemic at its Times Square outpost at 1530 Broadway, ordering it to pony up $24 million in arrears and attorneys fees. Valentino settled a similar lawsuit with the owner of its 693 Fifth Avenue outpost after its landlord claimed it ditched the space with years left on its lease.

However, one ongoing case could make force majeure into a more viable defense for some tenants.

But that case remains undecided, and so do many of the issues landlords and tenants face. From a potential economic downturn to the return to office, uncertainty is the name of the game. And tenants and landlords alike are looking to protect themselves when they decide to play.

“It’s dynamic — I don’t know where it shakes out, I don’t know whether landlords have more subletting provisions, or options to drop space, or whether they consent to pandemic restriction abatements,” Neveloff said. “It’s a lot more complicated [with remote work], but there is a lot happening.”