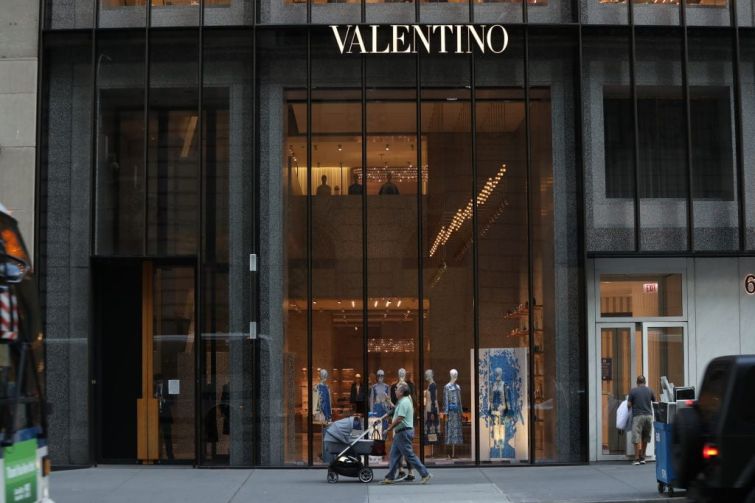 Valentino settled a lawsuit with the owner of a Fifth Avenue building that claimed the Italian luxury retailer ditched the space with years left on its lease during the pandemic, Valentino announced Monday.

In a joint statement with the owner of 693 Fifth Avenue, Valentino said it reached an “amicable settlement” over the dispute at the Midtown storefront, and its lease will be terminated.

Representatives for Valentino and its landlord did not provide additional details about the settlement. The landlord’s lawyer, Robert Cyruli, did not immediately respond to a request for comment.

The legal battle between Valentino and its landlord — French holding company Financière Marc de Lacharrière — started in June 2020 after Valentino filed a lawsuit to get out of its 15-year lease for the four-story boutique, arguing it became “frustrated” once the coronavirus pandemic hit the city and forced retailers to shutter for months.

A judge ruled in January 2021 that the pandemic didn’t allow Valentino to skirt its obligation to pay rent since the state law mandating shutdowns did not supersede the lease.

Finacière Marc de Lacharrière, under the entity 693 Fifth Owner LLC, hit back with a $207 million suit the next month accusing the luxury company of ditching the space with nearly eight years left on the lease and causing $12 million in damages to the space’s high-end finishes in the process.

Valentino first signed a lease for the 14,425-square-foot storefront in 2013 with then-owner Thor Equities, which later sold the building to Finacière Marc de Lacharrière, owned by French billionaire Marc Ladreit de Lacharrière, for $525 million in 2016.

After it vacated the Fifth Avenue storefront in December 2020, Valentino inked a two-year deal for an 8,718-square-foot duplex at 135 Spring Street in February 2021.