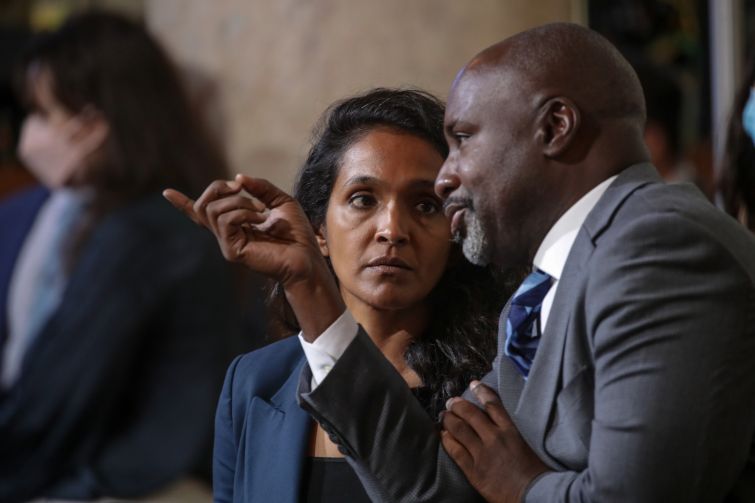 New tenant protections from the Los Angeles City Council mandate that landlords continue to float tenants financially for a variety of reasons, from nonpayment of rent to the need to raise rent to tenants keeping unauthorized pets.

In a major victory for tenant advocates, the City Council dramatically expanded eviction protections for renters, preventing what supporters said would become a wave of displacements following the Feb. 1 expiration of emergency COVID-19 measures.

The new, permanent policy sets a threshold for eviction of tenants who fall behind on rent, and requires landlords to pay relocation fees if big rent increases result in a tenant’s displacement. That includes paying three times the fair market rent of the unit plus $1,411 in moving costs. These rules will go into effect before the Feb. 1 expiration as city officials worry the lack of protections would seriously aggravate the yearslong homelessness and affordability crises.

In a city where 63 percent of residents are renters, landlords will no longer be able to evict tenants unless there was unpaid rent, documented lease violations, owner move-ins or other reasons. That provision goes into effect six months after the lease begins, or when a lease expires, whichever comes first. Many renters in L.A., including those in rent-stabilized units, already have such “just cause” protections, but the new measures expand those protections to another 400,000 additional units.

Landlords and their supporters criticized the new rules as unfair. They cited already having to deal with nonpaying tenants for the past three years and the lack of mortgage relief during the same time. But Mayor Karen Bass said tenant protections are “crucial to combatting a potential spike in homelessness in our city.”

“In order to confront this crisis, we must continue [to] get people housed but we also must stop people from becoming homeless in the first place,” Bass said in a statement.

The new policy also blocks evictions until February 2024 for tenants who have unauthorized pets or who added residents who aren’t listed on leases.

Gregory Cornfield can be reached at gcornfield@commercialobserver.com