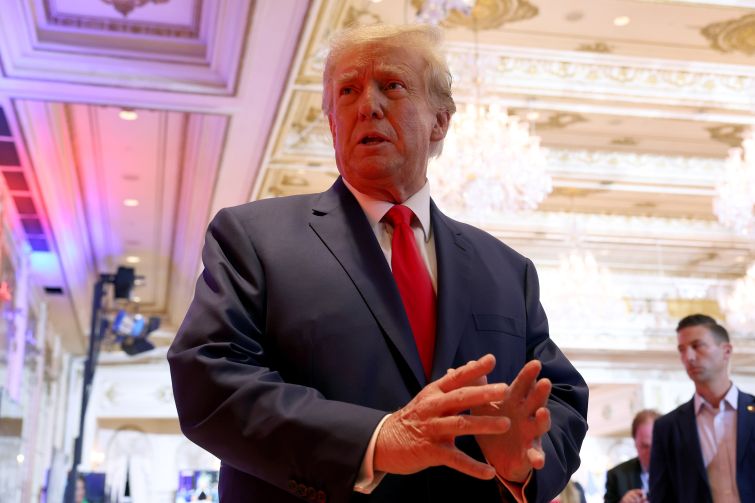 The real estate firm of former President Donald Trump has been convicted on 17 counts of criminal tax fraud and falsifying business records.

The Tuesday decision from a jury in New York County Supreme Court found that The Trump Organization was guilty of doling out “lavish perks” to executives, including chief financial officer Allen Weisselberg, without paying taxes on them from as far back as 2005.

Among the $1.76 million in benefits Weisselberg evaded taxes on were a leased Mercedes-Benz, a luxury Upper West Side apartment and private school tuition for relatives, prosecutors said.

Trump, however, was not implicated personally in the conviction, and The Trump Organization vowed to fight the decision, claiming that Weisselberg’s testimony vindicated the rest of the company.

“Mr. Weisselberg testified under oath that he ‘betrayed’ the trust the company had placed in him and that he, at all times, acted ‘solely’ for his ‘own personal gain’ and out of his ‘own personal greed,’” a Trump Organization spokesperson said in a statement. “The notion that a company could be held responsible for an employee’s actions, to benefit themselves, on their own personal tax returns is simply preposterous.”

Weisselberg, who pleaded guilty and turned himself in to authorities last year, and other individuals directly involved in the schemes are expected to be sentenced on Jan. 13, 2023, according to Manhattan District Attorney Alvin Bragg’s office.

Prosecutors said that federal, state and local tax authorities were deceived by the Trump Organization after it paid a number of executives — Weisselberg and chief operating officer Matthew Calamari Sr., in particular — in the form of “off the books” personal expenses, according to Bragg’s office. The Trump Corporation and the Trump Payroll Corporation, entities managed by the Trump Organization, did not report these expenses in tax forms.

“This was a case about greed and cheating,” Bragg said in a statement. “For 13 years the Trump Corporation and the Trump Payroll Corporation got away with a scheme that awarded high-level executives with lavish perks and compensation while intentionally concealing the benefits from the taxing authorities to avoid paying taxes.”

New York Attorney General Letitia James also lent a hand to the investigation by Bragg’s office, having long devoted resources to her own investigation into the Trump Organization’s practices of appraising the values of properties across the country, which her office claims have been inflated.

The conviction of the Trump Organization comes weeks after Trump announced plans to run for president again after losing in 2020 to Joe Biden.