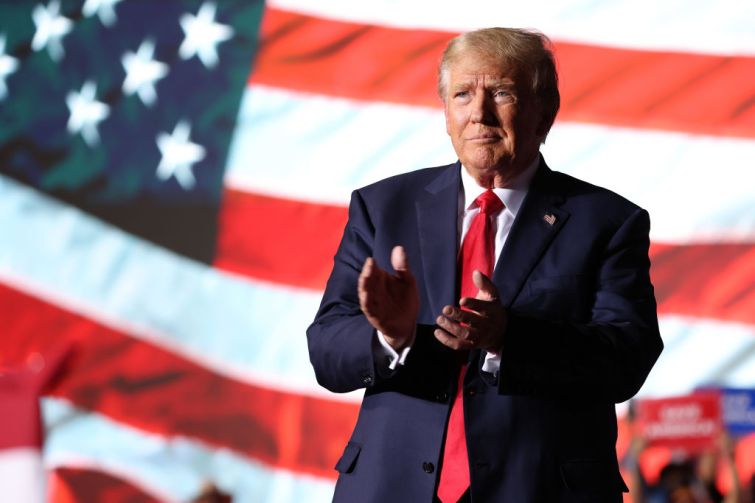 Former President Donald Trump has filed a lawsuit in Florida against New York Attorney General Letitia James to maintain control of his assets and keep his finances private after James accused Trump and his eponymous real estate firm of fraudulently manipulating the values of properties in its portfolio.

The civil complaint, filed in Palm Beach Circuit Court on Wednesday, claims that James has used her office in a “crusade” to ruin Trump “personally, financially, and politically,” and comes as a hearing was scheduled for Thursday that would block him from moving assets without court approval.

“Multiple judges have dismissed Donald Trump’s baseless attempts to evade justice, and no number of lawsuits will deter us from pursuing this fraud,” a spokesperson for the attorney general’s office said in a statement. “We sued Donald Trump because he committed extensive financial fraud. That fact hasn’t changed, and neither will our resolve to ensure that no matter how powerful or political one might be, no one is above the law.”

James also wants an independent monitor to oversee the real estate dealings of the Trump Organization, particularly his revocable trust, which contains details on how his assets will be distributed upon his death. Trump’s lawyers claim this action violated the Florida state constitution.

Trump Organization lawyers who drafted the lawsuit used colorful language unique to the former commander-in-chief, claiming that James’ multiple legal battles against Trump, his family and associates amounts to harassment.

“The continuing witch hunt that has haunted and targeted Donald Trump since he came down the ‘golden escalator’ at Trump Tower in June of 2015 continues,” the complaint reads. “President Trump built a great and prosperous company but a company nevertheless that must be carefully, delicately, yet powerfully managed, and the appointment of a political monitor or the interference by a political hack like James who is using this lawsuit for political gain, would bring great harm to the company, the brand, the employees and its overall reputation.”

The attorney general has launched a yearslong investigation into the Trump Organization’s property valuations. IIn September, her office filed a civil suit accusing Trump, his three children and his firm of allegedly inflating the value of their properties by millions of dollars for tax and loan purposes.

James’ suit wants the repayment of up to $250 million in allegedly fraudulently acquired funds. It also seeks to bar Trump, Eric Trump, Donald Trump Jr. and Ivanka Trump from serving as officers or directors in any corporation in New York and prohibit them from making commercial real estate acquisitions in New York for five years. Trump’s Florida legal action also aims to block those measures.

Update: This story has been updated to include a statement from Attorney General Letitia James.