The tenant will consolidate multiple SoCal locations into its new digs, located just off I-5 in Montebello 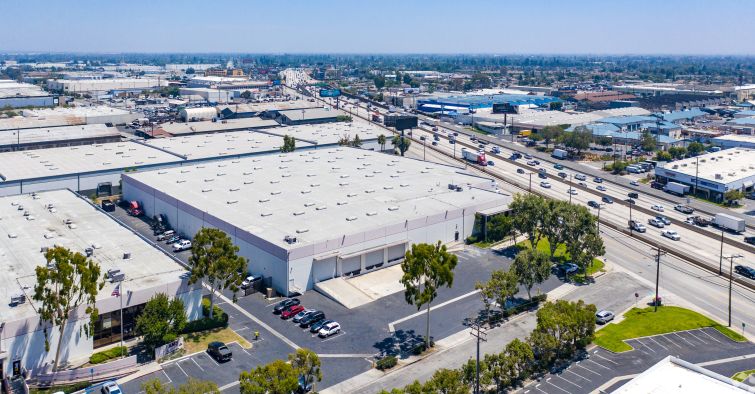 Flooring company Republic Floor has signed a lease for a 100,000-square-foot warehouse and distribution facility located in Montebello in Los Angeles County.

Republic Floor, currently based nearby in Commerce, Calif., will consolidate multiple Southern California locations into its new space at 7227 Telegraph Road, which will house its North American headquarters, according to tenant broker Cushman & Wakefield. The warehouse is roughly nine miles southeast of Downtown L.A. and sits adjacent to Interstate 5, offering the company immediate access to California’s primary north-south freeway.

Asking rents and lease terms were not disclosed by the brokers, with C&W describing the deal only as a “long-term lease.” C&W’s Tim Wallace represented Republic Floor, while Colliers’ Connor McRae, Scott Heaton and Chris Sheehan represented the landlord, The O’Donnell Group. Colliers did not respond to a request for comment.

Republic Floor CEO Rotem Eylor said in a statement that the lease comes after the flooring company had searched long and hard to purchase its own warehouse in Southern California’s red-hot industrial real estate market.

“For years we looked to acquire a building, but properties were selling above asking price [to] investors paying all cash,” Eylor said. “Even on this property for lease, there were multiple companies competing.”

Wallace said in a statement that the lease “was the result of an extensive search within an extremely competitive environment for industrial space,” with the location “chosen due to its connectivity throughout Greater Los Angeles and the proximity to key targets.” He noted that “the lack of modern buildings available,” coupled with “continued demand” for warehousing and distribution facilities in the area, had contributed to a 1.1 percent vacancy rate for industrial properties in the Los Angeles region, according to C&W’s recent third-quarter industrial market report.

“Despite the uncertainty in today’s economy, lease rates have continued to climb for industrial property,” Wallace said, adding that C&W “maintains a positive outlook for the future success of industrial real estate in populated areas like Los Angeles County.”