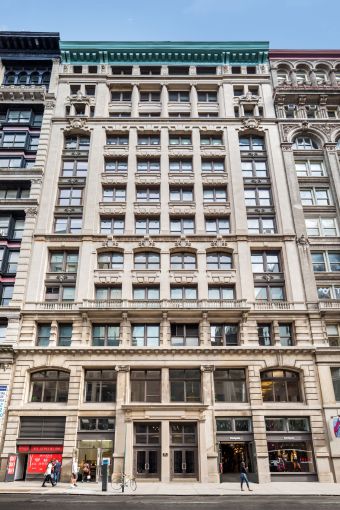 A physical therapist and a cosmetics studio inked new deals at GFP Real Estate’s 594 Broadway, while a fertility clinic reupped its space.

GFP declined to provide asking rents in the property, also known as the Lyons Building.

“594 Broadway is home to a mix of fashion-related brands, creative and tech firms and professional services companies who prefer the buzz of prime SoHo,” GFP’s Donna Vogel, who represented the landlord in-house for all three deals, said in a statement. “The building has seen tremendous activity over the past year, including a number of expansions, and continues to hover near the 100-percent-leased mark.”

Thrive will relocate from 611 Broadway in the first quarter of 2023, according to GFP. Peter Newman of Newman Real Estate Services represented Thrive. Newman did not respond to a request for comment..

Reproductive Medicine Associates moved into the building in 2013, when it had 3,789 square feet on the 10th floor. It was represented by Jeffrey Peck of Savills, which did not respond to a request for comment.

Sam Reifel of Atlantic Real Estate Group negotiated on behalf of Joy Kim New York and could not be reached for comment.

Other recent deals at the 12-story, 250,000-square-foot 594 Broadway include production studio Hornet taking 14,569 square feet in November as well as Chaloner Associates signing on for 2,934 square feet on the 10th floor in October.