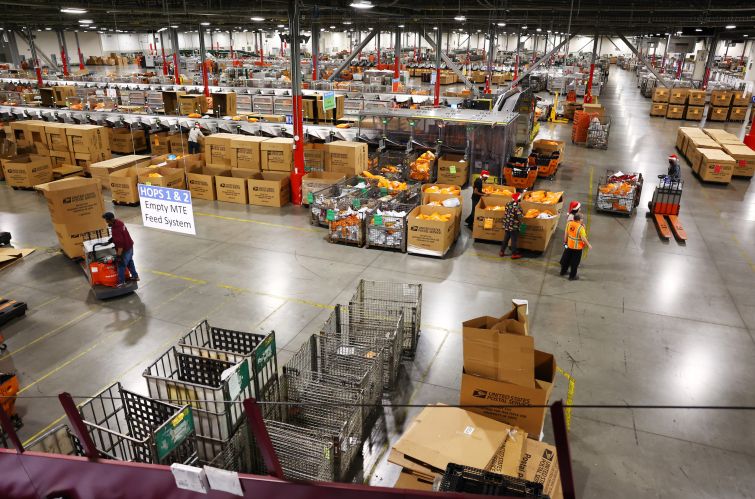 Port markets like those in Southern California also continue to lead the country in rent growth. Photo by Mario Tama/Getty Images

With industrial demand near record levels, third-party logistics firm NFI Industries has put down $220 million for a 759,260-square-foot distribution center in Eastvale, Calif., equal to about $290 per square foot, according to data provided by Vizzda. Records show Sares Regis Group sold the property after acquiring it in 2019 for $87.5 million from its developer, J.W. Mitchell Company.

The distribution center was built in 2000 over 42.8 acres at 13000 Mission Boulevard and 3100 Milliken Avenue, adjacent to a Prologis warehouse and several other industrial developments. It was previously leased to Kmart, but it’s unclear if a tenant currently occupies the property. Neither the buyer nor the seller immediately returned requests for comments.

A recent report from CommercialEdge found the Inland Empire had closed $4.06 billion in warehouse deals at an average price of $301 per square foot this year through October. Port markets like those in Southern California also continue to lead the country in rent growth, and the Inland Empire’s rents rose 11.6 percent over the 12-month period ending in October.

Earlier this year, Best Buy signed a lease to occupy all 501,649 square feet in the larger industrial park named LogistiCenter at Eastvale, and in the summer, Rexford Industrial Realty acquired a new 1.1 million-square-foot complex for $471.7 million, or $445 per square foot.