The L.A.-based REIT is on pace to clear $2 billion in acquisitions this year 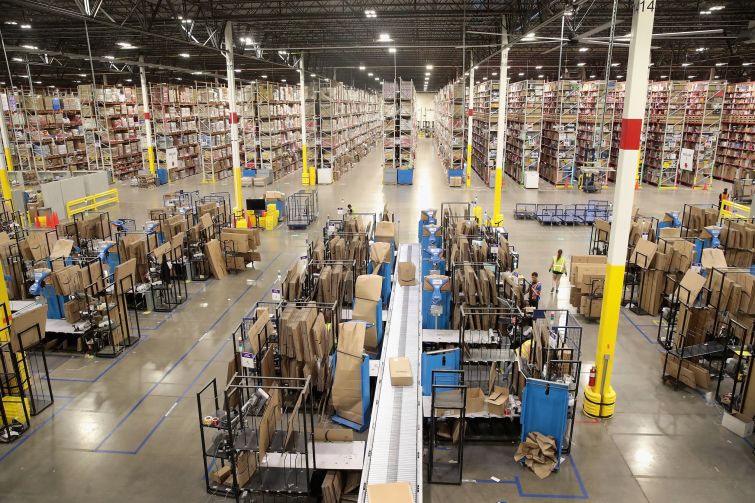 The largest of the seven deals includes a 1.06 million-square-foot complex in the city of Eastvale in the Inland Empire. Getty Images

At this point, it seems like Rexford Industrial Realty wants to own all the warehouses in Southern California.

The Los Angeles-based investment trust announced that it acquired another seven industrial properties for a combined $660.9 million. That includes one deal worth $471.7 million in the Inland Empire. The firm also said its pipeline in new deals includes more than $500 million of additional investments under contract or accepted offer in Southern California, “the nation’s highest demand and lowest vacancy industrial market.”

“Our $1.6 billion of investments year-to-date, of which approximately 85 percent were acquired through off-market or lightly marketed transactions, are expected to generate substantially above-market stabilized returns on investment and drive accretive cash flow growth,” Rexford CEOs Howard Schwimmer and Michael Frankel said in a joint statement.

The largest of the seven deals includes a 1.06 million-square-foot complex in the city of Eastvale in the Inland Empire. The buildings on 49.7 acres at 6221 and 6251 Archibald Avenue and 14301, 14319, 14337 and 14326 Limonite Avenue traded for $445 per square foot. The newly constructed complex is 71 percent leased and contains buildings ranging from 48,315 square feet to 501,649 square feet. According to CBRE, the western part of the Inland Empire included 321 million square feet of industrial space with a 0.1 percent vacancy rate at the end of the first quarter.

In the same region, Rexford also acquired 4325 Etiwanda Avenue in Jurupa Valley for $47.5 million, or $382 per square foot. The 124,258-square-foot Class A building on approximately 6 acres is leased to Total Transportation Logistics at rent an estimated 85 percent below current market rates, and Rexford plans to renew the existing tenant or re-lease at market rates after the current lease expires.

In Ventura County, Rexford paid $56.4 million, or $302 per square foot, for the property at 3935-3949 Heritage Oak Court in Simi Valley. The REIT agreed to a short-term lease-back for the Class A 186,726-square-foot building on 10.9 acres. Rexford estimates it’s currently rented at approximately 35 percent below current market rates, and the company plans to renew the two tenants or re-lease at market rates following a repositioning plan. According to CBRE, the vacancy in the 67 million-square-foot submarket was 0.6 percent at the end of the first quarter.

In L.A. County, Rexford acquired the property at 6996 and 7044 Bandini Boulevard in the city of Commerce for $40.5 million, or $170 per land square foot. The property includes two parcels on 5.5 acres fronting the I-5 highway, and is 100 percent leased to a single tenant at rent estimated to be 60 percent below market. According to CBRE, the vacancy rate in L.A.’s 271 million-square-foot central submarket was 0.7 percent at the end of the first quarter.

Rexford also acquired three properties in L.A.’s South Bay market for a combined $46.5 million. That includes a 60,248-square-foot, multi-tenant complex at 3547-3555 Voyager Street in Torrance for $20.9 million, or $162 per land square foot. After the leases expire, the company intends to redevelop the site. Rexford acquired the vacant, 34,555-square-foot building at 620 East Anaheim Street for $17.1 million, or $495 per square foot, as well as the vacant, 28,006-square-foot building at 400 West Rosecrans Avenue for $8.5 million, or $193 per land square foot. According to CBRE, the vacancy rate in the 219 million-square-foot South Bay was 0.6 percent.