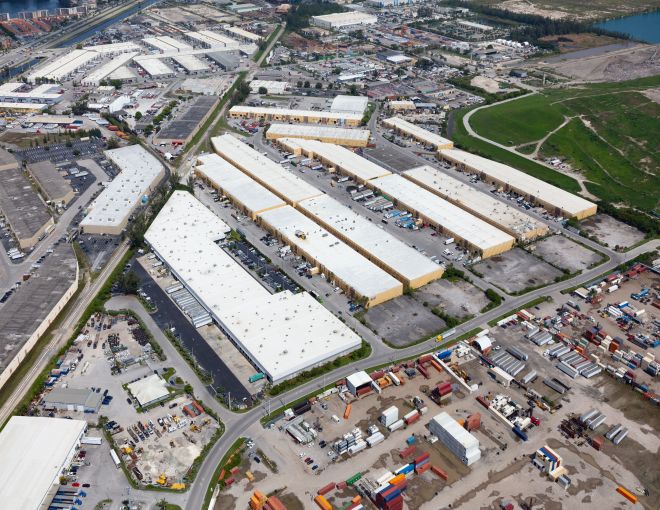 The 1.06 million-square-foot complex is fully leased to 46 tenants from industries such as aviation and home improvement as well as third-party logistics operators and food distributors, according to CBRE, which represented the seller, DWS.

Operating as a last-mile facility, the industrial park, located at 9165 NW 101 Street along West Okeechobee Road, sits on the outskirts of Miami.

The sale equates to $227.2 per square foot. Brokers José Lobón, Trey Barry, Frank Fallon, Royce Rose and Devin White represented DWS, which could not be reached for comment.

A representative for Boston-based TA Realty did not immediately respond to a request for comment.

Developers and investors are rushing into South Florida’s industrial market as leasing demand remains strong. The region nabbed 1.4 million square feet of positive net absorption during the third quarter of 2023, per data from Cushman & Wakefield.