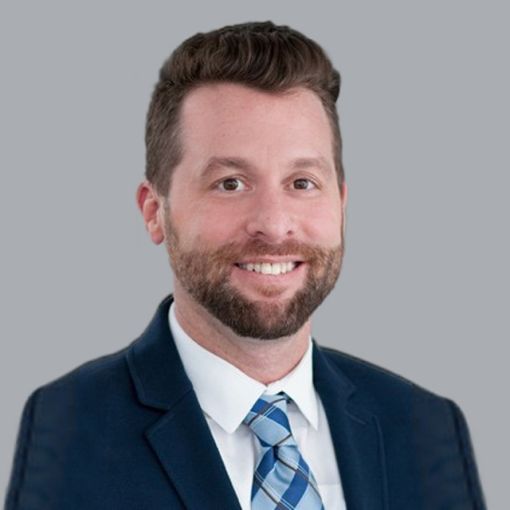 The South Florida industrial leasing market saw another seven-figure performance in the third quarter of 2022, with approximately 1.4 million square feet (msf) of positive net absorption at its close — keeping the region on track for another dynamic annual occurrence.

Year-to-date more than 6 msf of industrial space was absorbed throughout the region. New leasing activity for the third quarter totaled 3.8 msf, combining for more than 12.9 msf of lease deals for the region so far this year.

In response to continued demand, over 5.1 msf of new inventory was added so far in 2022, with over 10 msf of industrial space still under construction. Asking rental rates also continued their trajectory upward and broke records. The one caveat is that asking rents for new developments are being quoted as negotiable with deals being negotiated between $12 and $15 per square foot triple net. However, a majority of the asking rents impacting overall averages in South Florida are coming from secondary or lower-tier industrial space already built. The price pressure is so high that in 2022 asking rent for new space has experienced monthly versus quarterly increases from landlords, a trend never seen before.

When breaking down the South Florida region by its major markets, Miami-Dade County continued to lead the charge for industrial space, followed by Broward County, while Palm Beach remains a smaller market compared to its southern neighbors and has seen an uptick in recent development.

Miami’s industrial vacancy rate has remained practically unchanged for the past three quarters at around 1.9 percent at the close of the third quarter. This was a drop of 90 basis points from one year ago. The county held the lead in demand, with over 660,000 square feet of net absorption, combining for 4.6 msf of absorbed space through 2022 so far. Leasing activity in the third quarter totaled 2.5 msf during the quarter, bringing year-to-date new deal activity to 8 msf, compared with 8.8 msf leased at the same point in 2021.

Compared with the previous year, absorption was level, while leasing activity decreased slightly. The data is more representative of the limited blocks of space in existing secondary buildings than diminishing demand. In fact, about 30 percent of the  7.9 msf of new industrial inventory under construction in the third quarter was already preleased. A handful of proposed projects were fully leased but hadn’t broken ground at the close of the quarter, including Beacon Logistics Park D, a 226,700-square-foot distribution building leased to All Florida Paper.

Limited space options have pushed the overall average rental rate up 31.8 percent year-over-year, surpassing double digits at the start of 2021 and rising to $11.79 per square foot at the close of the quarter. For areas with new developments in key submarkets, asking rents are ranging between $13 to $16 per square foot triple net. The high water mark was Miami’s Airport West submarket with rents approaching $19 per square food triple net.

Broward County saw its strongest performance in demand growth during the third quarter, with 456,000 square feet of absorbed space, generating 789,000 square feet of positive net absorption thus far in 2022. This caused the overall vacancy rate to drop slightly from the previous quarter to 3.5 percent, a 150 basis point drop from third quarter 2021 and the largest year-over-year drop in vacancy for the region.

In a similar trend to Miami-Dade, Broward saw leasing activity slow compared with 2021. The third quarter saw 1.1 msf of new deals signed, combining for over 3.7 msf of year-to-date transactions, significantly down from the 5.2 msf signed in the same period one year ago. In addition, 88 percent of the 1.8 msf of industrial product under construction remained available for lease. Notably, approximately 650,000 square feet of vacant sublet space was in the process of being given back by a subtenant in the e-commerce sector at the quarter cutoff, so that space will be added during the fourth quarter.

Broward County is nonetheless well positioned to handle these recent developments as demand remains sturdy and some commercial real estate professionals see the additional space as a much-needed option from the restrained space availability impacting average rental rates. The overall average rental rate jumped by more than $3 per square feet from this time last year, closing the third quarter at $13.72 per square feet triple net and surpassing the Palm Beach market, which previously held the highest overall average in Florida. Land constraints for industrial development will likely continue to push asking rents upward through next year and into 2024.

Palm Beach saw an improvement from the previous quarter, with industrial demand coming in at 257,000 square feet of net absorption. This brought year-to-date totals to 631,000 square feet — less than half of the 1.4 msf seen this time last year. However, factoring in last year’s outlier, the 1 msf mega-distribution facility being occupied by an e-commerce company, the industrial segment is slated to have another solid performance. Leasing activity was slightly down from the previous two quarters, coming in at 235,000 square feet for the third quarter, accumulating over 1.2 msf year-to-date. This was on par with the 1.3 msf seen during the same time one year ago.

Overall vacancy ticked upward 10 basis points to 3 percent due to the completion of 321,000 square feet of available space at Airport Logistics Park. Still, overall vacancy was down 20 basis points from the same time last year. Contributing to these data points is the more than 800,000 square feet of speculative space under construction during the quarter, the highest recorded since the industrial boom began. Approximately 35 percent of that space has already been leased. Palm Beach County’s overall average rental rate climbed by 14.3 percent year-over-year to $13.65 per square foot, a significant difference between Miami-Dade and Broward counties.

South Florida’s third-quarter results are in line with the trends of the last two years, in which the industrial segment became commercial real estate’s “golden child” — throughout the nation as a whole, as well as in the region. Once considered to be the “family rascal” of property types among the different commercial segments, industrial has risen to a top spot and overshadows the office and retail sectors as a more reliable investment.

The rise of the industrial real estate sector in South Florida started slightly earlier — around 2016, as the Port of Miami’s infrastructure improvement projects were wrapping up around the same time the Panama Canal expansion was being completed. Logistics and distribution companies along with retailers, wholesalers and e-commerce giants began to see the opportunity in the region, which serves as a gateway connection to Latin America and the Caribbean islands. Over the following years, South Florida became a global player in the supply-chain industry.

The global COVID-19 pandemic only accelerated the industrial sector’s climb to the top in South Florida. The region has seen record growth in demand since 2020, with approximately 17.2 msf of absorbed space during 2021 and 2022. That spurred robust construction of new industrial development throughout South Florida totaling over 24.5 msf during the same time period. Despite the vigorous construction activity, overall vacancy rates have consistently remained well below the 5 percent in all three counties, which signifies tight market conditions. Landlords have also continued to take advantage of these record-shattering market fundamentals, and which have translated into soaring asking rental rates once thought to be unimaginable have now become a reality for industrial space. The overall industrial market in South Florida remains strong and robust, a trend that will likely continue into the year-end despite growing economic headwinds.

Eric Messer is a senior research manager at Cushman & Wakefield.