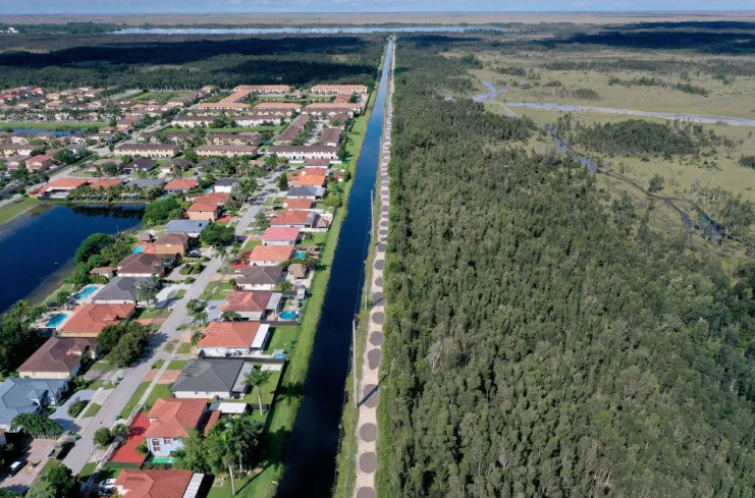 Tuesday’s vote could cap a yearslong saga for the 5.9 million-square-foot development, paving the way for the first expansion of the UDB, the boundary beyond which land may not be developed, in nine years.

Developer Aligned Real Estate Holdings originally proposed building an industrial park on 793 acres of farmland east of a mangrove preserve along Biscayne Bay, adjacent to the Florida Turnpike — a project that would add 9 million square feet of industrial space to the region. The Miami-Dade County Commission rejected that development, called South Dade Logistics and Technology District.

After several delayed votes and revisions, the developer cut the plan by about half, proposing to build on 379 acres, which commissioners approved earlier this month. But Nov. 10, Miami-Dade County Mayor Levine Cava vetoed the project.

The development “basically creates a license to kill and come up with a price to destroy our natural area,” the mayor said at a press conference.

The site, near Homestead, sits in a low-lying area that’s vulnerable to flooding from hurricanes, and enough space already exists within the urban development border for such an industrial park, Cava explained.

In the latest twist, county commissioners fired back Tuesday, voting by a margin of 8-3 to override the mayor’s veto and greenlight the project.

As part of the agreement, the developer will donate 622 acres of environmentally sensitive land to the county’s preservation program, Environmentally Endangered Lands.