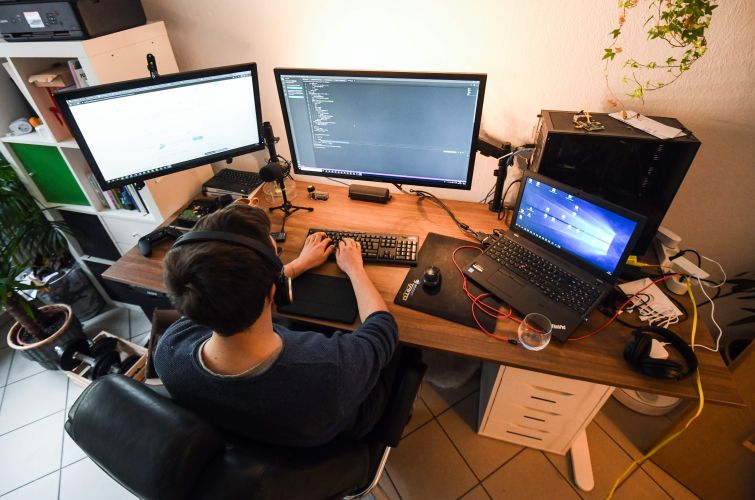 Even as the reverberations from a landslide of Big Tech layoffs crash down on Silicon Valley (and Alley), real estate’s proptech sector is reluctant to admit that it will suffer a similar fate.

Some proptech industry principals asked earlier this month about the state of company hirings and firings pushed back strongly on the idea that real estate technology startups will suffer a similar fate to tech giants Meta, Salesforce, Booking.com, Twitter and Lyft, among others making mega-cutbacks.

However, not one proptech startup founder or venture capitalist in the sector responded to PropTech Insider’s query about layoffs at their company or in their portfolio. Does that mean there have been no cutbacks? Not necessarily, but no one likes bad news, right?

“We’re still hiring pretty actively,” said Julien Bonneville, CEO and founder of TheGuarantors, a fintech-proptech startup that provides insurance products and financial solutions for residential and commercial real estate owners and occupiers. “We have probably doubled the size of the team over the past two years. And we still have many positions to fill, probably 15 job listings right now. It’s really business as usual, because we’re hitting a lot more targets.”

Founded in 2015 and headquartered at 1 World Trade Center in Manhattan, TheGuarantors has 200 employees, said Bonneville. He added that the company’s engineering team hired 17 people over the last four months, while the firm made “significant additions” to the marketing, IT, and security and product functions during 2022.

This difference in proptech and tech when it comes to layoffs recently is sort of baked in. Unlike some of the huge tech companies whose hiring has been driven by vast venture capital investments, which in turn require big and fast growth to produce returns, proptech startups often are more conservative in their growth outlook, regardless of the overall macro economy.

“A common challenge for technology startups is that they hire too many people too quickly, and then in periods of economic uncertainty, they’re forced to lay off large sections of their team,” said Bonneville.

Meta is an example of a Big Tech company growing too quickly. The Facebook and Instagram parent hired more than 27,000 workers in the pandemic years of 2020 and 2021, along with another 15,344 in the first nine months of 2022, according to The Wall Street Journal. Earlier this month, Meta announced that it is laying off 11,000 employees, or about 13 percent of its workforce.

Similarly, a reported 44 proptech companies across the U.S., many of them negatively affected by the surge in mortgage rates, have been laying off workers.

While not necessarily expecting a recession in 2023, Bonneville said his company still plans steady hiring growth next year, and has identified three priorities in its preparation for a possible downturn, all centered around bolstering the organization’s core business.

From the macroeconomic perspective, last week saw some encouraging news centered around the Consumer Price Index’s growth at a 7.7 percent rate for 2022 through October, compared to the 7.9 percent that economists had predicted, and down from 8.2 in September.

In addition, some economists saw the Federal Reserve’s aggressive interest rate hikes as possibly beginning to be effective in tamping down inflation.

However, some proptech sector savants attending the MIPIM Propel conference in Manhattan last week were more bearish on 2023’s economy.

Speaking on background, one notable property owner and developer, along with a major proptech founder, said they were anticipating a deep recession, at least through 2023. The developer noted that the New York Fed was slightly more optimistic about inflation starting to decline, but that it was far more starry-eyed about such a prospect than fellow Fed bodies across the U.S.

Be that as it may, the proptech sector has remained somewhat bullish on hiring versus firing in 2022.

“The proptech industry’s job market remains strong in the U.S., as year-to-date more than 4,288 new proptech jobs have been brought to market,” said Ashkán Zandieh, co-chair and founder of the Center for Real Estate Technology & Innovation (CRETI), which tracks such statistics.

“Even though proptech layoffs have made headlines with Divvy, Opendoor, Zillow and others, layoffs have been concentrated around sectors of the industry most sensitive to interest rates, such as housing, and where companies over-hired,” said Zandieh.

He added that “labor hoarding” is a trend to watch for among proptech companies, especially if interest rates continue to climb.

“I think it’s reasonable to expect that the proptech industry will not be able to keep pace if there is another shock to the system,” he said. “However, I think that we may well have seen the lows in unemployment during this year.”

Valcre Closes $13 Million Series A Round