Michael Shvo Moves Ahead With Office Developments in Miami Beach 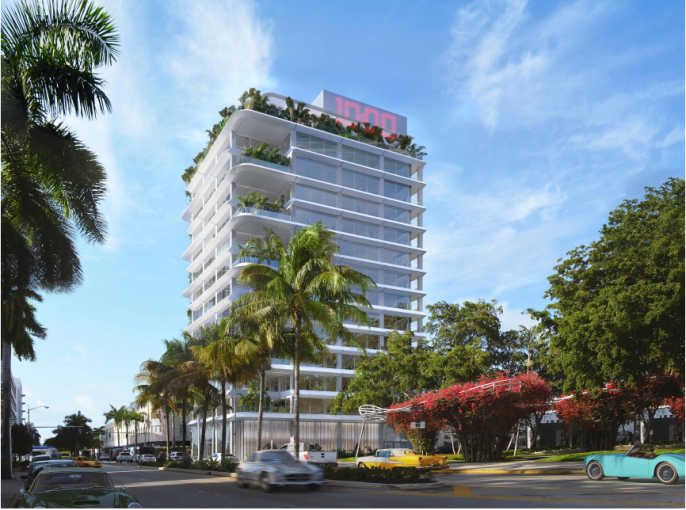 New York-based developer Michael Shvo has filed plans to redevelop the Lincoln Road clocktower building. The 14-story building at 407 Lincoln Road is one of the tallest structures in Miami Beach. Space in the tower leases for $34 to $38 a square foot, according to LoopNet.

Shvo’s proposal for the clocktower building includes changing the exterior of the building and the clock display that’s widely visible throughout the city. His proposal also calls for refurbishing the elevators and lobby. The city’s Historic Preservation Board is scheduled to consider the proposal next month.

The Washington Avenue project, meanwhile, would be a six-story office building totaling 68,794 square feet, including 21,423 square feet of office space on the top five floors, a 1,094-square-foot coffee shop on the ground floor, 58 parking spaces and a 5,450-square-foot roof deck.

The 10,000-square-foot building currently on the site would be demolished.

“These proposed office projects signal the continued investment in the Lincoln Road District, which will further diversify and strengthen the Miami Beach economy,” Lyle Stern, president of the Lincoln Road Business Improvement District and president of Koniver Stern Group, said in a statement.

Stern said tech companies and financial firms are moving to the city and need a place to operate.

Business boosters on the beach had lobbied for voter approval of developments proposed by Barry Sternlicht’s Starwood Capital and Don Peebles’ Peebles Corporation. Both had sought 99-year leases to build competing office-heavy, mixed-use projects on city-owned land near Lincoln Road. However, in a referendum in early November, 53 percent of Miami Beach voters said no to the leases.